Special Agent and Behavioral Analyst Rainey Bell is surprised to see JW Wilson, a high school friend who became a State Representative, walk into her bail bondsman’s office. Rainey is on medical leave after suffering a horrifying attack while on duty. During her leave, Rainey has taken up her father’s bail bondsman business along with her father’s business partner Mackie. Rainey’s father, who was also her best friend, was gunned down while apprehending a fugitive. This happened not too long before Rainey’s attack.

The surprise of seeing JW again, and his reason for being there, is just what Rainey needs in order to break out of a funk that she’s made worse with her heavy drinking. JW has come to ask Rainey’s help in following his wife Katie. Pictures of Katie have been sent to him, along with notes. Rainey would actually be trailing Katie with the hopes of catching Katie’s stalker. Knowing what it’s like to be made into a victim, Rainey identifies with Katie and will gladly take on this job. But, why doesn’t JW want Katie to know about Rainey following her? It makes sense that he wouldn’t want it known by anyone else; he is a politician in the eye of the media. But, why not tell his wife? Wouldn’t it ease her mind to know that she’s being guarded?

Thinking this will be a routine assignment, Rainey is not ready for where this mission will take her. Soon Katie isn’t the only one who has caught the eye of the stalker. He knows that Rainey is now trailing Katie, and JW is sent a picture of the two together. This shock is nothing compared to the next to come. A single sheet of paper with a Y on it is left on Rainey’s car; a Y that mirrors the scar on her body. The Y-Man killer is back!

Over a year ago, Rainey and her partner Danny McNally were on a stakeout when Rainey stormed out of the car. It wasn’t even three weeks after her father’s murder so Rainey was angry with everyone and a little on edge with everything. While heading back to the car, Rainey was snatched by the Y-Man and came very close to death. The killer escaped and has laid low until now.

Rainey will not allow what happened to her to happen to anyone else. She vows to protect Katie; this murderer will be stopped. However, close proximity to Katie leads to a relationship that neither woman was expecting. How can Rainey protect herself, let alone protect Katie, when her mind clouds every time Katie’s around?

Rainey Days is the first book in the Rainey Bell series. Join these two women as they discover a love that they never knew existed–one they will fight to protect. 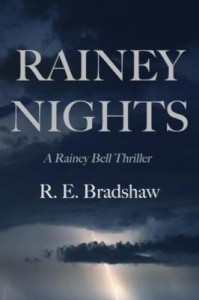 Former Special Agent and Behavioral Analyst Rainey Bell has just begun to settle into the family life after her resignation from the FBI. Rainey still comes onto cases as a consultant, but mostly her days are filled with her job as a bail bondsman and time spent with her girlfriend, Katie Meyers. But don’t be fooled. Rainey’s life may have slowed down but that doesn’t mean that she’s relaxed her guard. Katie is convinced that Rainey is extremely paranoid. However, Rainey’s caution is soon justified when someone from her FBI past targets those close to her. This new threat is setting out for Katie specifically.

Alone, Rainey has faced evil and madness before, but everything has changed now. There is her family to think about. By the end of her last case, Rainey and Katie had become a well-known item and are now living together. Even better, the two are planning on having a baby. Well, at least Katie is; Rainey is still in denial about what Katie having a baby will mean for her.  Will the emotional upheaval from trying to have a baby, combined with the threat upon their lives, be too much for Rainey and Katie’s fast-moving relationship to handle?

Rainey Nights is the second book in the Rainey Bell series. The first novel was a thriller as well, telling of Rainey’s being “…thrust back into the world of stalkers, rapist and serial killers by a request for help, from an old friend,” which led her to Katie. Katie has helped Rainey to find a happy and fairly quiet life that she didn’t think was possible for her. How is Rainey supposed to protect Katie, the love of her life, when it will take closing herself off from overwhelming emotions in order to get the job done? Will Rainey be able to step back and get into the killer’s head? 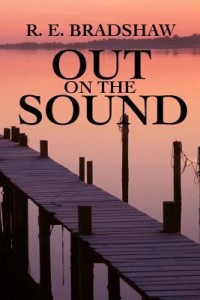 “First, there was a touch, not much of a touch, just a simple brush of skin on skin.”

Thirty-seven year old Decky Bradshaw has spent most of her life in Currituck County and has had a pretty great life up to this point.  She has a job doing what she loves, which has paid well enough for her to live very comfortably, and she’s in great health. Except for her brief marriage to the father of her child, Decky’s life has been a smooth ride. This all changes with a single touch on the softball field. In the past, Decky has been a love ’em-and-leave ’em kind of gal. Not breaking any hearts, because a Southern lady knows better, but having relationships where both parties know it isn’t going to last long. But Decky knew when someone special came along, she would be ready to hold on tight. She just didn’t expect that someone special to be a woman.

Charlie Warren is the new math teacher in town. After a mutual friend formally introduces the two, Decky and Charlie become practically inseparable. Dating a woman is something completely new to Decky, but she’s sure she can handle it. The question is whether Decky’s mother, Lizzie, and the rest of the town can. And will Decky be able to handle what the bipolar Lizzie and a small Southern town dish out in reaction to Decky coming out? Will Charlie and Decky’s newly found relationship be able to survive the challenges to come?

Out on the Sound was originally published in 2010, without the use of a professional editor. It was the author’s first novel. This second edition is a reissue of the original work with input from an editor. The author made a “conscious effort” not to change the books. It remains a wonderful tale of two women finding each other. 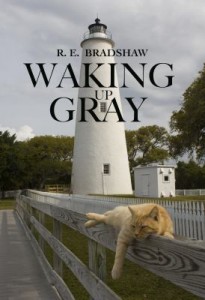 At forty, Lizabeth is starting her life over.  Her marriage, to an inveterate philanderer, is finished and her daughter is grown.  Lizabeth has returned to school to study linguistic anthropology.  Her thesis topic is the Caroline Brogue, so she’ll be spending a few months on Ocracoke Island to do her research.

Lizabeth’s cousins have a cottage on the island, a place that Lizabeth used to visit as a child.  Lizabeth knows that she should call on Fanny O’Neal, the elderly woman who lives across the street.  Miss Fanny is an island treasure and almost kin.  But before Lizabeth can pay a call, she sees a brief romantic exchange between Miss Fanny’s granddaughter Gray and another woman.  Lizabeth is shocked by what she feels when she sees the two women, but that doesn’t keep her away from Miss Fanny’s.

Soon her visits across the street are matched by Gray’s visit to Lizabeth’s cottage and excursions around the island.  A same-sex attraction is new territory for Lizabeth, but even as she is exploring her feelings, Gray is struggling too.  Gray’s ex-wife, Dana, cheated on her and even after five years Gray is not ready to give her heart to anyone else.  Lizabeth, Gray, and Fanny survive a hurricane, but will the lovers’ budding relationship survive Dana’s unexpected visit to the island?