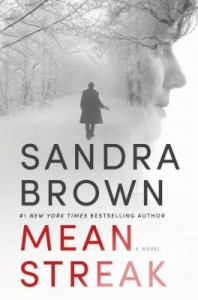 Dr. Emory Charbonneau is a pediatrician who co-owns her own practice. Emory is well-known and liked by all who know her, and she has a good reputation. In addition to being a successful doctor, Emory is a renowned philanthropist, who not only donates to worthy causes but actively participates in raising awareness of what needs to be done. One of the ways Emory contributes is by taking part in marathon races. Emory is off training for a very special race when she disappears in the mountains near Nantahala, North Carolina.

When her husband Jeff finally reports Emory missing, suspicion quickly falls upon him. It soon comes out that Jeff had more than one reason to want Emory gone. Meanwhile, Emory has suffered a suspicious head injury and has awakened to find herself held captive by a man that won’t even share his name. Her captor claims that the fog and ice are keeping them both confined as he won’t risk driving down the treacherous mountain in such weather. But why won’t he tell Emory anything about himself? Is it because he has something to hide? Is he running from the law? Was he the cause of the mysterious gash on Emory’s head? As time passes, Emory finds herself beginning to trust the sincerity of her new roommate but is unable to tell whether this is because his story rings true or because the reactions of her body are overruling the caution of her mind. Emory is willing to do anything to survive, even if that means seducing this secretive stranger.

While secluded in the mountains, Emory and her mystery man encounter a family with a young woman in need of medical help. The men of this family bring the term hillbilly to a new level and give off a dangerous vibe of their own. In order to help the young woman of this family, Emory must be willing to break the law. She said she would do anything to survive, but will Emory be able to stand by while her mystery man dishes out punishment to these men for their crimes?

After Emory is returned safely home, the danger seems to have passed. Nevertheless, there is more deception to be revealed. Did Emory fall during her run or did someone mean for her to disappear forever in those mountains?

Lily Burton was just looking for a relaxing break when she left for her cabin near remote Cleary, N.C., a fictional mountain town. But rough weather hits and she ends up snowed in, stranded in the cabin with a man named Ben Tierney, a former acquaintance to whom she offered shelter when she found him hiking nearby. Lily’s husband Dutch makes it as far as the town of Cleary, but can’t get through the blizzard to the cabin. His search becomes even more desperate when he learns that Ben is a suspect in several recent murders.