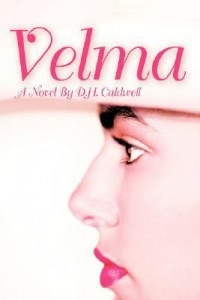 Calvin “Cal” Curtis has recently retired and decides that instead of endless rounds of golf, he should put his newly unlimited free time towards solving  a murder from his childhood. As a fifteen-year-old paper boy in Gastonia in 1930, Cal lost his virginity to the sultry, nineteen-year-old Velma, the niece of one of his customers. One day she was found murdered more than fifty miles away in McDowell County, and the mystery of the killer was never resolved. Now Cal is determined to find out the truth, and write a novel on the circumstances of the crime.

He slowly tracks down old acquaintances from his youth, from Velma’s aunt and uncle, to mutual neighbors, to young women he knew as a teenger. Cal is happily married to a lovely woman named Gwenn, but that doesn’t seem to matter to some of the ladies with whom he’s catching up: they still see him as fair game and are eager to talk him out of his clothes. Dodging sexual advances and eating plenty of hearty diner fare, Cal journeys across North Carolina and Virginia, discovering more and more about Velma’s sexual exploits–dangerous behavior that ultimately led to her death.

Elsie Erwin is thrown for a loss when her mother dies.  She and her mother have lived together in a small house in Gaston County all of Elsie’s life.  And through those many decades Mama communicated to Elsie a fear of germs, defilement, family, other people–really life itself.  At Mama’s funeral a cousin shares some family history with Elsie that helps explain her mother’s attitudes, but this new knowledge upsets Elsie.  Elsie’s one true friend, Bertha, steps up to help by whisking Elsie off on trips–to Florida in the summer and a cruise to the Bahamas in the winter.  Together the women have their share of innocent escapades and a few scrapes.  Still, when she’s at home, living in her old house proves too much for Elsie.  It is the interest and concern of an older man that reveals to Elsie the sweetness in life–and her true heritage.