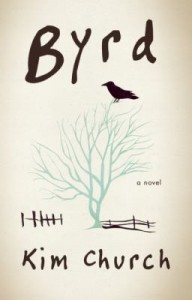 Addie Lockwood notices Roland Rhodes the first day he appears in her fourth grade class. He’s the new boy in town, the son of a doctor. Roland doesn’t notice Addie until his senior year of high school. By then, she knows all sorts of personal details about him. Roland is a talented musician. He favors the Blues. Impressed by Addie’s outspoken intellect during an elective class (“The American Counterculture”), he invites her over to write lyrics to accompany a song. They quickly become friends, but after an awkward encounter, they drift apart just as quickly. Roland places a wedge between them, and Addie accepts it without much of a fight. They never write a song. After graduation, they part ways, for what seems like good.

Roland pursues his dreams of musical stardom in Los Angeles and Addie attends college in Greensboro, nearby to her fictional home town of Carswell. Although their lives are set on two different tracks, Addie refuses to give up on the idea of Roland. Now in her early thirties, she gets Roland’s contact information from high school friends and calls him up.

His musical career, as it happens, hasn’t panned out. He still plays, but he works for a company that constructs movie sets. Roland struggles with the practical details of life, like making rent or picking people up from the airport on time. All of his friends, Addie included, have heard the story of his childhood swimming pool accident and the resultant head injury that left him not quite right. Addie, meanwhile, has remained working at the same secondhand bookstore in her college town. Emboldened by a bottle of Beaujolais, she arranges to visit California after she and Roland catch up over the phone. During the visit, Addie becomes pregnant. On a promptly scheduled return trip, she informs Roland in person that she will terminate the pregnancy. But mysteriously, the abortion fails and Addie gives birth to a son that she names Byrd. She puts up Byrd for adoption without notifying Roland. The adoption colors Addie’s life well into her middle age. Surrendering her son becomes her and Roland’s most life-altering secret.

Byrd is Kim Church’s first novel. The novel focuses on the two main characters from childhood to middle age, showing their influences on each other’s lives. The story concentrates primarily on Addie and Roland’s perspectives, with imaginary letters from Addie to her forfeited son, Byrd spliced in between. Church represents the pieces of Addie and Roland’s lives with prose that feels simultaneously removed yet intimate. Characters are observed with a detached eye from the third-person, but their emotions and inner thoughts are conveyed openly on the page. Addie is wistful, longing first over Roland, and later over Byrd. As a daughter, she shies away from her parents, keeping them at arm’s length. As a sister, she doesn’t have much contact with her brother, Sam, following her high school graduation. As a mother, she loses the chance to experience motherhood with Byrd. Addie, Roland, and the other characters contend with relationships and love, accepting regret and shame, and coming to terms with loss.