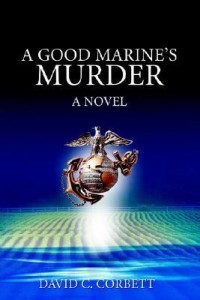 When Colonel Jack Adams’s Harriet jet crashes while on a routine training mission, the brass at the Marine Corps Air Station at Cherry Point, North Carolina tap Colonel Dan Breakheart to lead the investigation.  Moments before the crash, Col. Adams reported that the engine was decelerating.  When the standard emergency procedures failed to correct the problem, Adams knew he had to eject, and that’s when he found out that the ejection seat didn’t work.  Breakheart thinks that the probability that one plane would have two such problems is low, so he suspects sabotage.  While Breakheart and his team painstakingly examine the remains of the plane, another officer is murdered.  Once again, Breakheart does not believe that this is a coincidence. Dogged investigation and a bit of daring-do enable him to crack the case.

David Corbett flew fighter jets for twenty-eight years, and readers who share this background will appreciate the details, terminology, and slang related to flying that are embedded in the storytelling.  At the back of the book, the author thoughtfully provides definitions for those unfamiliar with flying terminology.