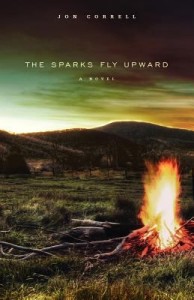 “It seemed only right and natural that the rhythms of Nathan’s life were tied so inexorably to the land and the seasons. He could not fathom people who lived days that were carbon copies of the previous one, no matter the place or the season. They were people without root in the soil, carried along by the distractions of the modern world. He was born a generation or two too late, and he was making the best of it.”

Nathan Miller and his family live in Idlewild, a tiny hamlet nestled in the Blue Ridge Mountains. The rest of the Miller family consists of his younger sister Ally, his parents, Jean and Bill, and his grandparents, Emma and Clyde, otherwise known as “Mom” and “Dad.” The Millers’ devotion to their ancestral homeland is palpable, and they are clannish in their tight-knit family unit. Although Nate’s parents work at Appalachian State University in nearby Boone, it is clear that they see their income from the outside world as a necessary means to make life in Idlewild more comfortable. “Mom” and “Dad” are traditional farming folk and they keep the Miller home functioning using their mountain wisdom and almost clairvoyant perceptions.

Nathan is the central figure of the novel and he is faced with the challenge of leaving Idlewild to attend college at Chapel Hill during the turbulent 1970s. The Sparks Fly Upward focuses upon Nathan’s transition between the two locations. The first half of the story moves at a languid pace, dense with details of Nathan’s relation to the natural world and populated by a motley assembly of several minor characters who convey the atmosphere of small-town life. Novelist Jon Correll presents a clear delineation between the good and the evil in Idlewild, which has its share of heroes, good citizens, town off-casts, and bullies. Nathan relates to such a defined sense of right and wrong, saying “where I was raised, there was right and wrong, pure and simple, and you stuck to that code no matter what.” He is a character deeply shaped by faith and morality. His adherence to a rigid internal code of morals causes occasional flares of temper though. Early in the novel, when a bully picks an unfair fight with a weaker student, Nathan intercedes and strikes out against the bully. Despite his usually well-meant motivation, Nathan’s temper and quick action inevitably lead him to trouble.

Over the course of the novel, Nathan’s black-and-white way of thought becomes clouded gray. Before he sets off to Chapel Hill, he finds himself tested in his new relationship with Becky Jenkins who is about to relocate from Idlewild to Wake Forest. Nathan wants to stifle his attraction to Becky to maintain a respectable relationship, just as he plans to not succumb to the heady temptations of college life. Upon Nathan’s arrival at UNC, he is faced immediately with all the requisites of a wild undergraduate experience — drugs, alcohol, and sex. His roommate Gus, a slightly grizzled Marine Corps veteran who served in Vietnam, is a willing partner in these decadent escapades. He’s the first to offer Nathan a joint. And his recollections of the war deliver an ambiguous statement on a neatly wrapped dichotomy of good and evil. Still, when Nathan realizes how quickly he has strayed from his beliefs, he endeavors to return to his original path. Although Nathan’s path turns out to be less simple and straightforward than he anticipated, one thing is for certain: the ultimate destination is Idlewild.

Comments Off on Jon Correll. The Sparks Fly Upward. Portland, OR: Inkwater Press, 2013.