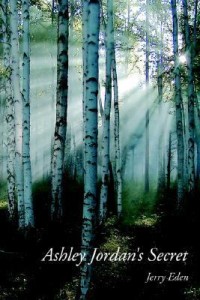 It’s a beautiful day at the Cliffs of the Neuse State Park just outside of Goldsboro, North Carolina. But the day turns bleak when a couple celebrating their thirtieth wedding anniversary with a trip to the park discovers the body of a young girl. Wayne County law enforcement, headed by the handsome Officer Rico Acosta, quickly determines that foul play was involved. At the same time, powerful State Senator Zachary Jordan contacts Rico to inform him that his teenage daughter, Ashley, is missing. What Rico fears soon proves to be true: Ashley Jordan and the murdered girl found at the Neuse River are one and the same.

Slade Lindsey is just passing through Wayne County on his motorcycle, so when he’s arrested for murder, he’s very surprised. He agrees to cooperate with Rico, whom he trusts, but it soon becomes clear that someone wants Slade to take the fall for Ashley’s murder. It doesn’t help that Slade is an outsider to the community, and looks a little rough around the edges. What follows is a complicated court case that eventually involves highly skilled professionals from New York City, as well as one of the best defense attorneys in the United States. As the trial progresses, it becomes clear to all that Ashley Jordan’s death was neither a crime of passion nor opportunity. The young woman knew something valuable, and it got her killed. Will this crack team of law enforcement professionals discover who killed Ashley Jordan? More importantly, will they be able to prove Slade’s innocence and save him from certain death?