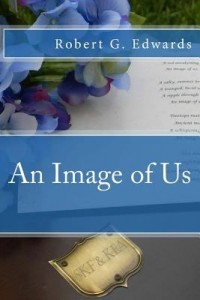 Sam Fenton and Kathryn Ackart were high school sweethearts in the small coastal town of Meylor, North Carolina.  Sam’s dad ran a scrap metal business in town and battled a drinking problem, but that didn’t stop Kathryn and her family from welcoming Sam into their hearts.  After high school, Sam got on as a reporter with the local paper, while Kathryn left for UNC to pursue her dream of becoming a doctor.  The distance between the coast and Chapel Hill did not dampen the young couple’s love.  When Kathryn began to apply to medical schools, she and Sam discussed where they wanted to live–their life together was assumed.

All that changed when Sam received a phone call from family in Arizona.  Decades earlier, his mother’s family founded a store in the small town of Sterling.  That business was now failing–could Sam come and help save it?  Sam’s decision to go to Arizona led to a break with Kathryn.  For Kathryn, it wasn’t so much the decision itself, but how quickly Sam made it.  The life that Kathryn thought they were building was put aside in an instant.  Even as Kathryn moved on with her life–becoming a doctor, then a surgeon, marrying–she harbored bitterness and sadness about the breakup.

As An Image of Us opens, it is dozen years later.  The Meylor high school has undergone a major renovation and alums have been invited back for a tour and celebration.  Sam’s family business has failed due to the competition from big-box stores, and he is at loose ends.  Kathryn has just started her first vacation in two years, and what better way to spend it than with her family and old friends?  Sam hopes that he will see Kathryn at the celebration; Kathryn is not sure what she wants.  An Image of Us follows these two as they consider what they once had and what might still be possible for them.

Comments Off on Robert G. Edwards. An Image of Us. United States: 1st Ride Publishing, 2013.