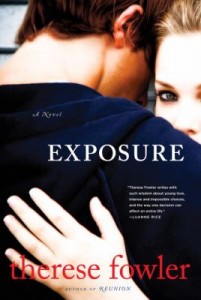 Therese Fowler’s powerful novel, based loosely on the real-life experiences of one of her children, reminds us of the horrifying way that a community can lose its head. The story begins simply: Amelia Wilkes and Anthony Winter are in love. She is 17, he is 18, and together they have built a fairytale world of their entwined dreams. Together they will attend NYU’s prestigious Tisch School of the Arts, living together in an apartment in New York City, and starring together on Broadway. Always together. But Amelia’s father, Harlan Wilkes, has different plans. Having clawed his way from the very bottom of life to the very top, he is as determined as any loving father would be to see that his precious baby, his little girl, never has to experience the poverty and deprivation that was once his lot. She will attend Duke University, only a few miles from the Wilkes’ Raleigh mansion, where she will major in something financially sound. One day, far off in the future, she will marry a wealthy, charming husband who will take care of her for the rest of her life.

Then, in a moment, that vision shatters when he finds nude photographs of an unknown young man on her computer.

What follows is a tragedy, and very nearly worse, in the most heart-stopping of ways. With a deft hand and the voice of personal experience, Fowler explores the depth of emotion and consequences that occur when two teenagers are publicly criminalized nearly beyond recognition. This novel does, and should, provoke conversations about the abuse of justice, the power of fear, and the difficulty of allowing a child to become an adult in a society that is both predatory and cruel. Therese Fowler’s novel suggests that, while placing trust in an adolescent to choose rightly is terrifying, withholding that trust can be more damaging than we think.

Check for this title’s availability in the UNC Chapel Hill Library’s catalog.