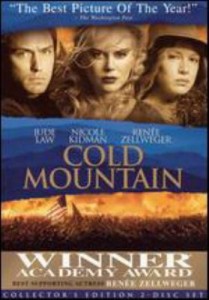 North Carolina has been a popular setting for movies and television shows, yet that setting is most often fictitious. Of the 600 movies and shows nominally sited in North Carolina between 1980 and 2002, 95 percent were actually filmed outside of the state. Anthony Minghella’s adaptation of Cold Mountain was one of them. Charles Frazier’s novel depicts Confederate deserter W.P. Inman’s long and arduous journey from a hospital in Raleigh to his home near Cold Mountain and his sweetheart, the genteel Ada Monroe from Charleston, who struggles to survive on her own following the death of her father. British director Anthony Minghella scouted locations over a period of five years before deciding to film the adaptation in Romania. Filming in North Carolina would have been a boon to state tourism. When the novel was released in 1997, it created a small increase in tourism. Local businesses and state officials knew that filming here would both make jobs and increase tourism.

Romania was a more attractive choice to Minghella because the rural landscape is much more intact than in North Carolina, where elements of modern life, like telephone poles and paved roads, are present, and logging has altered the area’s appearance. Minghella also noted that there were too few period buildings around Asheville and its environs. By contrast, Minghella could more easily manipulate the Romanian countryside to look like Civil War era North Carolina. The majority of the film was shot in Romania, though a few locations in North Carolina, South Carolina, and Virginia were used.

The real Cold Mountain at its highest point is a daunting 6,030 feet. The mountain is located within the Pisgah National Forest. Asheville’s tourism site advises that only experienced hikers should dare to take on 11-mile hike, which has no trail markers. Visitors can view the mountain from the Blue Ridge Parkway.

Inman, Frazier’s protagonist is based on relatives–chiefly his great-great-uncle, but also his great-grandfather. Frazier retrieved information about Inman’s service from the North Carolina State Archives, whose records state that Inman deserted twice, although conflicting records throw doubt on the second desertion. Inman’s neck injury sustained during the Battle of the Crater and his death at the hands of the Home Guard are verified facts, represented in the novel and the movie adaptation.

Overall, the movie, featuring Hollywood stars Jude Law, Nicole Kidman, and Renée Zellweger, is faithful to the book in terms of plot, though there are differences in mood. The romance between Ada and Inman and the violence (specifically the brutality of the Home Guard) are accentuated on-screen. Most of the characters are appropriately scruffy and disheveled, given the tough conditions, but Charles McGrath of the New York Times notes that Kidman’s Ada Monroe remains improbably radiant throughout the film.

Treatment of race and slavery drew some critical remarks. Both the book and movie’s portrayal of the Battle of the Crater downplayed the important presence of black soldiers on the Union side. Brendan Wolfe made a counterpoint during a critique of the first chapter of Kevin Lenin’s Remembering the Battle of the Crater: War as Murder. Wolfe is not troubled by how the novel and the film skirt around these tense issues since the focus of the story is not strict historical accuracy or a panoramic view of the war. Cold Mountain is the story of a disillusioned man on an epic trek home that parallels The Odyssey. But race and slavery are difficult topics to broach, and the representation of the American South throughout film history is varied.

Minghella’s Cold Mountain was recognized with over 70 awards following its release in 2003. Renée Zellweger won Best Supporting Actress at the Academy Awards, and the film was nominated for Best Actor, Best Cinematography, Best Editing, Best Original Score, and Best Original Song twice:  for T-Bone Burnett and Elvis Costello’s The Scarlet Tide and Sting’s You Will Be My Ain True Love. For those interested in the music of the film and Appalachian folk songs, look at this interview of Charles Frazier in the Journal of Southern Religion. Cold Mountain was the seventh film directed by director-producer-screenwriter-actor Minghella who died in 2008.  The movie is available through the UNC-Chapel Hill Library catalog, as is the novel.  The original blog post on Frazier’s novel is available here. 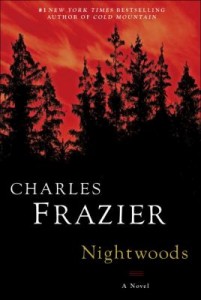 When Luce is appointed guardian for her dead sister Lilly’s young twins, her reclusive life in the back woods of a small mountain town changes forever. Frank and Dolores are not like other children. Witnesses to their mother’s murder at the hands of her abusive boyfriend Bud, their short past holds trauma and darkness that few will ever experience. But Luce has, and while she will never be able to shower them with expressions of motherly love, she comes to understand them better than anyone else ever could. When they kill her roosters, light various items on fire, and refuse to speak, she teaches instead of punishing. By taking them on long rambles in the foothills, Luce endeavors to instill in the twins the great healing interacting with the natural world has provided her. She doesn’t use force or lecture them, just allowing the simple lessons of observation and wonder to sink in.

Bud is an unsuccessful, small-time criminal, embarrassed that he has to rely on his girlfriend Lilly for support. When he unexpectedly successfully steals ten thousand dollars, the situation only gets worse: Lilly hides his money before he can drink it all away. Incensed, Bud’s behavior becomes more and more violent, until one day Lilly catches him in a monstrous act involving her twin children. She tries to kill him on the spot, but Bud murders her instead. Since the only witnesses were her kids, whom Bud is convinced are retarded since they refuse to speak, shaking the charges is a snap. The real problem is that he never found out where Lilly hid his money, but a sudden brainstorm convinces him that it must be with those kids and their aunt, Lilly’s sister Luce. So he sets out to the mountains to get back his cash, and to ensure that no one will ever be able to accuse him of Lilly’s murder.

Frazier’s third novel is a linguistic feast, combining a suspenseful plot and deep insight into the nature of love, revenge, and survival. It becomes apparent that the land, particularly the forest, is a character in this tale just as much as the men and women are, and its all-encompassing presence fills this satisfying read to the brim.

Nightwoods was the winner of the 2012 Sir Walter Raleigh Award.

Loosely based on the life of frontiersman William Holland Thomas, narrator Will Cooper provides a detailed picture of life in western North Carolina in the early nineteenth-century. After working as a “bound boy” at a “trade post at the edge of the Nation,” Will is adopted by a Cherokee elder, Bear. Will eventually leads the clan as a white Indian chief and then as a Colonel for the Confederacy. Still haunted by the memory of his one true love, Claire, Will escapes solitude through his travels.

Cold Mountain is the story of Inman, a deserter from the Confederate Army, and his long journey home to the mountains of North Carolina during the last year of the Civil War. The novel alternates between Inman’s struggles and those of Ada, who is at home near Cold Mountain and is able to get by only with the help of Ruby, a mountain woman unafraid to fend for herself. Cold Mountain, winner of the National Book Award in 1997, has been praised for its accuracy in portraying geographical and horticultural details, as well as the particulars of nineteenth-century life in the North Carolina mountains. The book also inspired the 2003 Oscar-winning film of the same name.