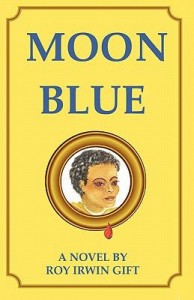 Sergeant Holly Rollins comes home to Raleigh, North Carolina in the spring of 1943 to recover from the bloody carnage he experienced on Guadalcanal. With him he brings malaria and a lung fungus, a load of shrapnel embedded in his back, and a mind tormented by the horrors of fighting the Japanese. His hometown hails him as a hero, he’s given a medal of honor, and the mayor asks Holly to ride next to him in a victory parade, but that doesn’t change the fact that Holly’s best friend since childhood and comrade-in-arms, Powell Reddy, is buried in a swamp back on that island. Sergeant Rollins needs time and space to heal wounds both physical and mental.

Unfortunately, Raleigh in 1943 isn’t a peaceful place for healing. LaBelle Blue, the black woman who raised Holly, needs him to investigate the murder of her granddaughter Lana, and bring justice to her killer. This is no easy task in a time of such rampant disregard for the life of a young, poor, black girl, but LaBelle wants to bury her grandchild, so Holly goes looking. As he investigates, the young sergeant turns up old friends, enemies, lovers, and many memories. Angered by the racism and segregation that frustrate his attempts to discover the murderer, Holly quickly becomes entangled in the events surrounding Lana’s death, which encompass more than he could imagine.