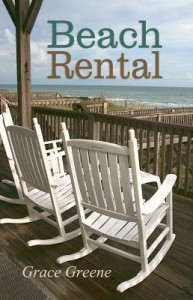 Juli Cooke has been beaten down by life. Passed from foster home to foster home as a child, she didn’t even graduate from high school, and now works multiple jobs just to keep her head above water. She doesn’t have time for dreams – her life is an endless slog devoted solely to survival…until she meets Benjamin Bradshaw. Ben is dying from pancreatic cancer and feels almost as alone as Juli does since his devastated family can’t seem to stop grieving his impending loss. What he wants most is someone who will treat him normally and who can be a caring companion through his last few months. Juli’s sad life story and vulnerability move him, and he concocts an impulsive plan: if they marry, he could compensate Juli for her platonic companionship, and he wouldn’t be left alone with the disease or his loving but overbearing relatives.

Juli likes Ben, and while she first rejects his plan in alarm and suspicion, eventually agrees. She sees something in Ben worthy of her trust, and besides, how hard could it be to act as a platonic companion for a dying man? But living with Ben is far more emotionally entangling than she imagined. Despite the fact that their relationship is strictly contractual, Juli begins to want to belong.  Ben makes no secret of his feelings for her, and he nurtures her soul as much as he provides her body with food and shelter. His family may think she’s a tramp, and other problems from her past arise to haunt her, but Juli begins to feel safe in Ben’s beautiful home on the Crystal Coast.

Of course, this is the moment that everything in her new life changes, and Juli must draw on the lessons of faith and hope that Ben has been instilling in her. Life will always be difficult, but the difference is that Ben has empowered Juli not to give up. In her struggle with the meaning of love, widowhood, and her own past, Juli Bradshaw discovers strength that she didn’t realize she possessed.