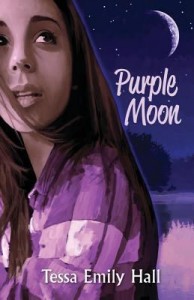 out the dark, we’d never see the stars. There also would be no use for the moon if there was never a night.”

Selena Taylor’s life has been pretty dark since the day her father kicked her and her mother out of his life. She can’t understand how he could go from being her best friend to not wanting anything to do with her. Eight years later, Selena’s dark night may just turn into the starlit fairy tale she’s always dreamed of. Moving in with her aunt’s family in Lake Lure, North Carolina is not what Selena planned to do this summer, but it might be exactly what she and her mother need.

Ever since they were kicked out, Selena has been taking care of her mom. But now an agreement has been made between the two: mom will go to rehab and Selena will stop smoking and drinking. Actually, Lake Lure isn’t looking too bad to Selena. She runs into someone she knew from when she was a kid, Austin Brewer, and he’s not such a nerd anymore, at least not to her. Austin and his sister Audrey soon talk Selena into joining in their church group activities. Of course she’s a little wary of church after how her hypocritical father, a preacher, behaved. Nevertheless, she goes with them and is soon having the time of her life with her new friends. Selena even begins to believe in God again. Now, if only she could avoid her cousin Whitney, then things might really start to look up.

When Whitney breaks up with her boyfriend, Richard, and he turns his attention to her, Selena thinks life can’t get much better. However, she’s breaking her promise to her mother as well as skipping out on the church skit that she agreed to do with her friends. Also, what about her feelings for Austin? In the end, will Selena be able to find the purple moon in the darkness of her life?

Purple Moon is Tessa Emily Hall’s first novel. The author wanted to write Christian fiction that would appeal to teenagers. She succeeded. Both Christian teens and those struggling with Christianity will be able to connect with Selena’s story–the struggle to run away or to trust in a being unseen.