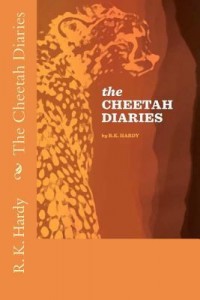 Fifteen-year-old Kenya Taymore is definitely a cat person. This is important, because her veterinarian father owns and operates a big cat rescue sanctuary high in the North Carolina mountains. All of the cats (six tigers, one jaguar, one panther, three leopards, a puma, and assorted ocelots, servals, and margays) are enclosed in spacious habitats designed to mimic their native surroundings as closely as possible. The only cat allowed free range is Kenya’s cheetah, Shaka, whom she raised from a kitten. Shaka is special: Kenya’s mother, a brilliant writer, passed away just over a year before due to cancer. That’s when Shaka entered Kenya’s life, a helpless kitten. Kenya knows that treating a wild animal like a house pet was wrong, but having a constant companion in Shaka helped her survive the initial stages of her grief.

Now Kenya is starting her sophomore year in high school and feeling her mother’s absence acutely. The majority of faculty and students at her school are deeply religious, and because of this often use Christian doctrine as a basis for their lessons. Kenya, who has grown up in a household that embraces atheism and science, hates being asked to pray or listening to Creationism presented as a valid alternative to Evolution. She begins to rebel in small ways, one of which is befriending the new English teacher, Mr. Draper. Mr. Draper supports Kenya’s ambitions as a budding poet, and he lends her books that have been banned from the school library. Meanwhile, other teachers and students become increasingly fixated on Kenya. Some attempt to force Christianity on her, while others claim that the scratches she gets from working with large cats are failed attempts at suicide. But Kenya slowly begins to realize the situation is far bigger than her problems at school, and by then it’s nearly too late– everything she holds dear is threatened.

R.K. Hardy’s second work of fiction, aimed at young adults, provides an interesting combination of his opinions on the presence of religion  in education and how to care for rehabilitated wildlife. The author includes a note in the back, expressing the hope that readers will check out organizations such as Carolina Tiger Rescue, which is a clear inspiration for the Taymore’s sanctuary.