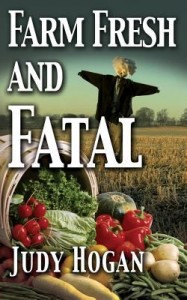 Riverdell has a brand new farmers’ market, and Penny Weaver has jumped on board as a vendor. She and her neighbor Leroy Hassel are responsible for retailing the harvested crop at the market, but the actual farming is a neighborhood affair that involves several of Penny and her husband Kenneth’s friends and acquaintances. Penny, Leroy, and their crew might grow some beautiful produce and yield some lovely eggs, but they’re first-timers among all the veteran farmers with plenty to learn about market politics. Farming isn’t all sunshine and roses. Penny will be forced to get her hands soiled like the rest of the farmers, but she’ll be digging up more than dirt.

Penny’s decision to shoulder a substantial role with the market causes immediate tension with Kenneth, who is not happy to learn that the market will run until Thanksgiving, which will cut into their annual six-month sojourn to Wales (Kenneth’s homeland) by two months.  He’s also concerned that between her teaching and the market, Penny will overwork herself. Then there are the implications of racism. Penny learns from the market’s manager, Nora, that two of the board members voted against Sammie Hargrave joining the market on the grounds that Sammie is just a “backyard gardener” with her flower arrangements. But Penny suspects that the board members in question voted against Sammie out of uglier motivations.

The career farmers are off to a rocky start themselves. Many of the farmers dislike Giles Dunn’s genetically modified fruit and vegetables. Most of the male farmers can’t stop lusting after Abbie Kidd, daughter of Sibyl Kidd, the resident baker and jelly-maker. Sibyl refuses to compromise with the other farmers and throws tantrums when she does not get the front spot at the market. And nobody likes Kent Berryman, the meddlesome and leering poultry agent. Kent lingers around the market under the excuse that Andy Style, a local agricultural agent, hired him to take photos of the vendors. Kent takes pleasure in inserting himself into the farmers’ business and flirting with any and every woman around.

Just as it seems that the farmers might have come closer to resolving their differences, Kent winds up dead. Or, more specifically, murdered. The police believe that Kent was poisoned after drinking homemade punch at Nora’s stand, which makes Nora their prime suspect. Penny isn’t convinced that Nora was behind Kent’s murder. Sure Nora hated Kent, but so did most of the other farmers. Kent was a difficult man to like. Worse yet, the state of the market is in jeopardy. In light of Kent’s poisoning, the state agricultural department is already considering closing Riverdell’s farmers’ market. With Nora’s freedom and the market’s survival on the line, Penny and Sammie start sleuthing.

Farm Fresh and Fatal is novelist Judy Hogan’s second Penny Weaver mystery. Hogan writes a lively whodunit that will leave readers guessing the identity of the murderer to the very last chapter. The farmers’ market setting is particularly apt. Hogan is also a small farmer who resides in Moncure, North Carolina. She used to participate in the Pittsboro Farmers’ Market. Here in the Triangle, farmers’ markets seem to be enjoying an uptick in popularity. There are markets in Chapel Hill, Carrboro, Durham, and Raleigh. Quite a few of the cities and towns, like Raleigh, have multiple markets. If you’re local to North Carolina, you can search the NC Farm Fresh website to find markets near your home town. So go buy some farm fresh produce and then hunker down and tuck into Hogan’s intriguing novel. Or read about Hogan’s first Penny Weaver mystery in this blog post and learn more about Hogan herself in this article from The Daily Tar Heel. 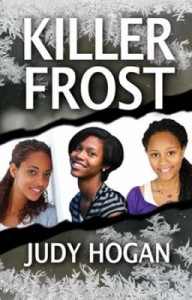 Penny Weaver gets more than she expected when she agrees to teach a composition course at an historically black college in Raleigh, North Carolina. She knew that taking over another teacher’s class after the semester had already started would be a challenge, and that in teaching a remedial composition course she would be working with students unprepared for college work. What Penny was not prepared for was the morale problems at the school, the rumors of sexual misbehavior by a faculty member, and questionable management by the administration.  Penny’s circle of friends give her good advice as she finds ways to navigate the educational and racial politics of St. Francis College, but she cannot confide in them about her feelings for her department chair. Soon all these matters seem trivial compared to the murders of a faculty member and the college’s provost.  This is a spring semester like no other for Professor Weaver.