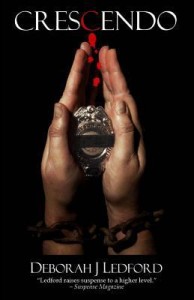 Inola Walela should be a happy woman.  She has established herself professionally as a officer in the Bryson City police department, and as this novel opens she is about to receive a medal of honor for her role in taking down a killer who was wanted in three states.  Her personal life is on the upswing too.  Her romance with Swain County Sheriff Steven Hawk has progressed to the point where the two are living together.  Despite some differences over housecleaning, they seem to be a good match.

But still, Inola worries.  She is not at ease with Steven’s family, who live nearby, and she doesn’t know how to tell Steven that she can’t have children.  Also, the alcoholism in her family haunts her, and she feels somewhat isolated professionally–always a little insecure despite her achievements and unable to confide to her colleagues.  Her new partner, Cody Sheehan, looks up to her, but he is green and a bit of a hothead.  Inola likes him, but she does not have a great deal of confidence in him.  Lori Traeger adds to Inola’s insecurity.  The good-looking redhead, newly appointed to the police force, is the niece of the chief.  Since the Bryson City force is so small, Inola worries that she will be pushed aside to clear a path for Lori to rise in the department.

With all this on her mind, it is no wonder that Inola goes off track when a traffic stop goes very wrong.  In a flash what Cody and Inola thought could be an abduction turns into a firefight and a traffic fatality that leaves two dead and Cody barely clinging to life.  One of the dead is a woman who as she was dying, begged Inola to find her kidnapped son.  Inola is placed on administrative leave, but thoughts of that little boy push her to investigate the circumstances of the dead woman’s life.  But Inola fails to recognize that the person who is most helpful to her–and most attuned to her feelings–is the person responsible for all the death and trauma.

This taut, well plotted novel is the final book in the Steven Hawk-Inola Walela supense series.  Click to see information about the first and second novels in the series.

Steven Hawk and Inola Walela, Swain County’s best police detectives, are back in Deborah J. Ledford’s sequel to 2009’s Staccato. This time, they have bigger problems than a crazed sociopath. Katina Salvo, a young Native American emerging as the next musical megastar, is coming to Bryson City, North Carolina to perform her first live concert ever. Unfortunately, at the root of her fame lie two ominous figures determined to seek her out and silence her music forever. One, recently released from prison for a brutal crime against Katina’s family, wants to finish the job. What motivates the second is more uncertain, but no less deadly. Hawk, plagued by the demons of a recent tragedy, is determined to protect the singer no matter the cost. But when he and Katina are brutally attacked on the night of the performance, it is clear that the cost may be his life and everything he holds dear.

Ranging across the United States from Nebraska to California to North Carolina and finally the Taos Pueblo Indian Reservation in New Mexico, this gripping thriller turns on themes of family, race, and the great courage necessary for us to make our own destinies.

Due to some scenes of violence and sexuality, this book is recommended for older teens and adults only.

Millionaire Alexander Kalman is a master manipulator who thinks that he can settle all of his problems by having people removed. Elaine, his niece, has become too much of a distraction for his protégé, Nicholas. As a world-class pianist, Nicholas provides Alexander with everything that matters most to him – money, fame, and glory for the family name. Although they are not related, Alexander convinced his sister (Elaine’s mother) to adopt Nicholas, giving the boy their surname and covering up Nicholas’ parents’ deaths. When Nicholas discovers the truth of his father’s disappearance, he and Elaine make plans to escape. However, before they can get away, Alexander orders Elaine killed, forcing his servants to do the dirty work. He then charges Timothy, a less-favored piano student, with the task of disposing of the body. When Timothy alters the plans with the hope that it will impress Alexander and incriminate his rival, he jeopardizes the clean cover-up. Nicholas, now aware of Elaine’s death, is distraught and eager to avenge the senseless murder of his beloved. What follows is a terrifying game of cat and mouse.  Alexander has loyal employees who will do anything that he wants, but he realizes that he is loosing control of Timothy.  Plus, Elaine’s mother has asked the sheriff’s department to investigate her daughter’s disappearance.  Deputy Sheriff Steven Hawk is given the case, and it is his diligence, plus Nicholas’s desire to live his own, true life,  that is Alexander’s undoing.