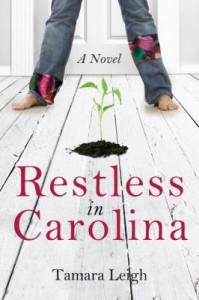 Bridget Pickwick Buchanan, despite her large (and at times tiresome) family, the wealthy Pickwicks of Pickwick, North Carolina, has never felt more alone. The free-wheeling, avid environmental advocate, with her head full of dreadlocks and sarcastic attitude, finds herself struggling to get through her brother’s wedding one sweltering day in late July. It’s not just the terrible dress she has to wear, but the loss of her husband, Easton Buchanan, that makes it so difficult. Her sister Bonnie is convinced that she needs to snap out of it: Easton died four years ago, and since then Bridget has refused to take off her ring, kept her hair in dreads, and slept in the guest bedroom. Even worse, Uncle Obediah, the Pickwick patriarch, is selling the family estate in order to make restitution to those the (formerly) swindling Pickwicks wronged. Bridget has to find an environmentally-friendly buyer for the estate and its acres of unblemished forest, and fast, or risk seeing it developed into something horrible.

She is intrigued by J.C. Dirk, a handsome Atlanta-based developer who has established a reputation for his “green” work, but no one in his office will return her phone calls. Bridget, never one to be overlooked, decides that if the Mountain won’t come to Mohammed…in short order she finds herself in the polished offices of Dirk Developers Inc., interrupting Mr. J.C. Dirk’s busy schedule. Initially displeased when she crashes his meeting, J.C. agrees to come look at the property when she reveals her prestigious family name. But there may be more in J.C. Dirk, and his fateful trip to the small mountain town of Pickwick, than Bridget bargains for.

An inspirational tale of one woman’s journey back to life, God, and love (saving the planet along the way, of course), this third installment in the Southern Discomfort series doesn’t disappoint! 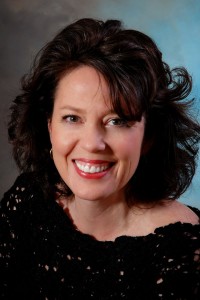 The Pickwick family certainly has their share of characters, no one will deny that. A wealthy clan with a large estate in the mountains of North Carolina, they have a reputation stretching back generations for swindling and conniving their way to the top. But Uncle “Obe” Obediah, the current head of the family, has experienced a brush with his own mortality and decided that it’s time to make amends. This includes revising his will significantly to include estranged relatives and wronged parties, and then selling off the grand family estate. This puts the younger generations of Pickwicks in a pickle, since along with reducing their inheritance, Uncle Obe may reveal some of their best-kept secrets, putting them in uncomfortable positions. There’s Piper, who moved all the way across the country to Los Angeles and changed her name to escape her family; there’s beautiful Maggie, who struggles with choices she made in high school that left her a single parent, and last but not least, feisty but grief-stricken Bridget, who turned her back on God and the world when she was widowed at 33.

But maybe Uncle Obe, with his insistence on putting the past to rights for all the Pickwicks, will unintentionally allow each of these young women a way to find a future brighter than she thinks possible.

Find more detailed summaries of all the installments in the Southern Discomfort Series in the Read North Carolina Novels blog. Then, check out their availability in the UNC-Chapel Hill Library catalog:

Many people cringe at high school memories; they can be painfully regrettable.  For Maggie Pickwick, the choices that she made in high school have followed her throughout her adult life.  As a gorgeous, popular cheerleader, Maggie was cruel to outcasts and manipulative in her relationships with boys.  In an attempt to make  ex-boyfriend Reece Thorpe  jealous, Maggie dated a couple of fast boys.  A short time later, Maggie realized that she was pregnant.  Reece, disgusted with Maggie’s attitudes and behavior, wanted nothing to do with her.  Unaware of the pregnancy, Reece moved away from Pickwick, North Carolina.

Thirteen years later, Maggie is shocked to find out that Reece has returned to the small town to create a sculpture for her uncle.  Devyn, Maggie’s precocious teenager, is being bullied at school because of her lack of a father figure and the rumors that swirl about her promiscuous mother.  Unfortunately, the rumors are true: three men could be Devyn’s father. Although Maggie has found religion and turned her life around, townspeople are still suspicious of her.  Maggie wants to give Devyn an answer, but Reece’s return to Pickwick has complicated things.  She wants to protect her daughter, but Maggie feels a familiar attraction to Reece.  As she secretly tries to obtain Reece’s DNA, Maggie also wants to prove to Reece that she is not the spoiled, self-centered girl he knew in high school.  When Devyn’s biological father is revealed, Maggie finds that her “family,” although nontraditional, is special for her daughter.

Piper Wick (formerly Pickwick) has built a nice life for herself in Los Angeles.  Her public relations firm has a lot of politicians and Hollywood people as clients, and one professional relationship, with Colorado Congressman Grant Spangler, has recently turned into a romance.  Piper has no interest in returning to her hometown of Pickwick, North Carolina, a place she fled twelve years ago.

Piper returns only because Uncle Obe, the odd ball of his generation (as Piper is of hers), has drafted a new tell-all will.  Uncle Obe plans to make amends for financial shenanigans, tax evasion, and non-support of two illegitimate children.  Making amends will reduce the inheritance of the surving family members.  Piper doesn’t care about that, but she is alarmed when she learns that Uncle Obe plans to reveal one of her teenage misadventures.  Back to Pickwick she heads, to dissuade him.

Like most of her family members, she blames Uncle Obe’s newly-found conscience on the influence of his godson, Obediah Axel Smith.  Piper sets a private investigator to find out about this Smith character, but as she spends time in Pickwick she finds herself attracted to him and to the righteousness that he urges on her.  When Piper starts thinking in a new way, small town Pickwick and her crazy family don’t seem so bad.