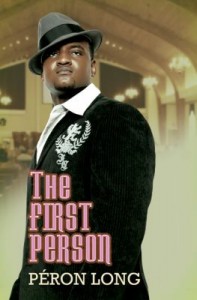 T’Shobi Wells is an up-and-coming gospel star who has just moved to Charlotte, North Carolina from his childhood home of Atlanta. Running from a dark childhood filled with abuse and molestation from adults who should have been there to protect him, he has tried to move on with his life, but keeps getting caught in bad situations. At the moment, he’s currently involved in a torrid affair with two people: one is the wife of his pastor…and the other is the pastor himself. Justine and Seth Reynolds have no idea that T’Shobi is fooling around with both of them, and T’Shobi plans to keep it that way. But Tanisha Jackson, an innocent young woman with a serious crush on the charismatic and talented T’Shobi, might ruin everything.

Tanisha truly believes that what God wants most is for her to make T’Shobi see that she’s the one for him, but as he continually pushes her away, the impressionable young woman slowly loses herself. The sweet Tanisha vanishes, replaced by her alter-ego TiTi: a violent, sexually deviant young woman who will go to any length to make sure T’Shobi is punished for ignoring her. In this dark, gritty urban drama, the reader is witness to the psychological and physical damage that human beings are capable of visiting on themselves and others in their intimate relationships.

This book is not recommended for young readers.