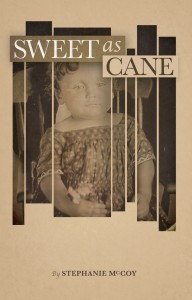 Marrow is a small, fictional town in North Carolina, somewhere between the Triangle and the Atlantic Ocean. In 1957, it still clings to many of the thoughts and traditions that have been at its core for the last century. This includes the practice of photographing deceased loved ones as if they were still among the living– babies in particular. No one is more skilled in this morbid photography than Cane Walker, the daughter of the town’s (surprisingly female) mortician.

At a healthy twenty-three years, one would expect Cane to be married with a family of her own. But a tragic accident during her birth left her with a scarred and disfigured face. Neither life nor the townsfolk have been kind to Cane, who finds her raison d’etre behind the safe, concealing disguise of a camera lens. She has a gift for composing a photograph so good that it brings a dead child back to life, at least for a time. While the town inhabitants ridicule her face, they cannot deny her talent– every mother who loses a child wants a photograph from the mysterious Miss Walker. Unfortunately, Cane has a bad habit of stealing small keepsakes from the little bodies before they go next-door to her mother, Darleen, for burial. A pin here, a letter there– Cane herself isn’t sure why she steals, only that it is part of her process. But Cane’s life is about to change, and although they don’t realize it, the community around her will also change as a result.

Told through the eyes of different residents in the small town, from rich to poor and black to white, Sweet as Cane follows the little tragedies of daily life in a more unforgiving time.