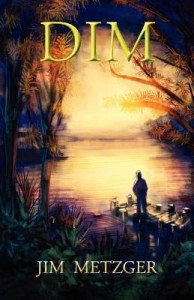 Tom Maloney, budding Methodist minister and native son, has returned to North Carolina after finishing up a lengthy educational stint in the northeast at Princeton Theological Seminary. The young Methodist’s first job is in Harmony, a fictional small town on the Outer Banks, preaching to a mostly elderly population. Unfortunately for Tom, his northeastern education has not prepared him to lead a flock from the Bible Belt. In a town that thrives on pimento cheese, barbecue, and strong conservative values, Tom’s parishioners think  him far too liberal and his sermons disturbingly lacking in fire and brimstone.

Besides this obvious problem, Tom himself finds the town more and more distasteful: he is frustrated by the closed-minded opinions of his parish, annoyed by their strong objections to his girlfriend Sophie, and hates pimento cheese, which everyone offers in abundance. Additionally, Tom struggles with deep feelings of inadequacy and doubt with regards to his chosen profession, and finds himself more and more engaged by the few dissenters who present alternatives to traditional Methodist principles. His doubts and the community’s dissatisfaction with his abilities both come to a head just as hurricane season rolls in, and Tom must decide what to do. Jim Metzger’s debut novel charts the spiritual and emotional journey of a young man questioning who he is, what he will become, and the meaning of his presence in the greater scheme of life against the backdrop of what is for him, a stifling community.