Starting now and for the next few years, you can expect to see adaptations of three recent North Carolina novels. Here’s the scoop: 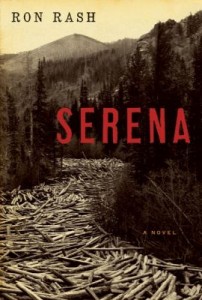 Ron Rash’s Serena has been simmering on the Hollywood back-burner since early 2010. At first the film was scheduled to star Angelina Jolie as the titular character and Darren Aronofsky to direct. However the project never materialized. Two years later, director Susanne Bier took over the project with Jennifer Lawrence and Bradley Cooper cast in the leading roles. Lawrence and Cooper also starred in the popular film, Silver Linings Playbook, which earned Lawrence an Oscar for Best Actress in 2013.

Filming occurred in 2012, but the release of the film adaptation has been delayed. Current reports claim the film will be released at some point this year. Like Cold Mountain, Serena was filmed abroad in the Czech Republic despite the novel’s Appalachian setting. IMDb has an official photo of Cooper and Lawrence from production.

At the beginning of 2014, Wilton Barnhardt’s Lookaway Lookaway was optioned for a series by HBO. The novel was cherry-picked by HBO “president-turned-producer” Sue Naegle and comedy producer David Miner (who worked on 30 Rock, Brooklyn Nine-Nine and Parks & Recreation). Barnhardt, born in Winston-Salem, is a creative writing professor at NC State. Lookaway, Lookaway is his fourth novel.

Barnhardt will be involved in the production process as a co-executive producer, not a writer. If HBO selects the pilot, then the project will be greenlit for more episodes. NC State’s Alumni Association blog quotes Barnhardt as saying the pilot will be filmed in North Carolina:

“It’s quite likely that it will be filmed here [in  North Carolina]. This is meant to be a series about New South as it really is. I don’t believe the New South has been adequately portrayed on television. It’s always the cartoon south—competitive catty women or an update of “The Beverly Hillbillies” or “The Dukes of Hazzard.” It might be entertaining but it’s not how we live.”

The novel was set in Charlotte. Barnhardt believes that if all goes according to plan, production may occur in 2015.

Finally, Jason Mott’s The Returned premiered this past Sunday on ABC under a new title. Mott’s novel about deceased people mysteriously returning to life was developed for television by Brad Pitt’s production company, Plan B.  But there’s already a French television show on the air called The Returned based on a 2004 French film called They Came Back about a small town and the inexplicable return of dead town members. To avoid confusion, the adaptation of Mott’s novel was renamed Resurrection.

Of the three adaptations, Resurrection is the only one available to watch at present. Resurrection stars Omar Epps, Kurtwood Smith, and Frances Fisher. Mott’s novel was set in the fictional town of Arcadia, North Carolina. The TV series tweaked the location to the fictional town of Arcadia, Missouri. The show is filmed in Georgia. A Los Angeles Times critic asserts that the show teases out the “investigative” elements found in crime drama and subdues the eeriness found in Mott’s novel.

Check out blog posts on each of these three novels here. If you would like to read the novels that inspired these movie and TV adaptations, check each title’s availability in the UNC-Chapel Hill Library catalog. 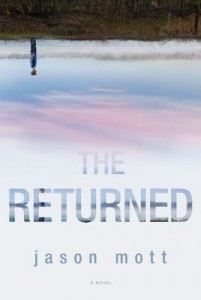 If someone you loved came back from the dead, exactly as they were before they died, would you want them back in your life again? That’s one of the many questions Agent Martin Bellamy asks Lucille and Harold Hargrave.

People around the world have begun to return from the dead suddenly and without explanation. Agent Bellamy works for the International Bureau of the Returned, an organization that was shaped up hastily in the wake of this new phenomenon. The Returned seek out their families and friends and the Bureau helps reconnect them to their loved ones. Despite the Bureau’s involvement, they are just as baffled as the rest of the world. In truth, the Bureau has simply been “counting people and giving them directions home,” plus filing some paperwork in the process. The Returned can appear anywhere, at any time. Lucille and Harold’s eight year-old son Jacob is found in a village near Beijing.

On August 15, 1966, Jacob Hargrave died on his eighth birthday. His death was accidental and tragic. Since Jacob’s passing, his parents sidestepped their grief. Instead of acknowledging their pain, Lucille and Harold avoided the topic. Decades later, when Jacob reappears, Harold can’t recall Jacob’s name. In his advancing age, Harold has started shrinking, a factor he attributes to his recently curbed smoking habit. By contrast, Lucille has remained in comparably solid physical shape for her age. But nothing makes Harold feel his age so much as the newly returned Jacob, preserved as an eight year-old. Lucille eases instinctively back into her role as mother, though her behavior surprises her. Still Harold and Lucille’s faded memories and the awkward gap between their old age and Jacob’s youth reveals the difficulty of passed time. Suspicions, particularly on Harold’s part, that Jacob is not a real living and breathing person doesn’t help matters. Although Harold and Lucille have been reunited with their son, it won’t be easy to pick up right where they left off.

Their reunion is not an insular event though. As the numbers of the Returned increase, people start to speak out against the “miracle.” The True Living Movement was founded as a campaign to support the living. It tended to attract anti-government enthusiasts. Supporters of True Living are concerned with reestablishing the natural order of the world, which means sending the Returned back to where they supposedly belong. Although True Living is more extremist in its approach, the US government is equally uneasy about the Returned. The government’s mandates for the Returned increase quickly from home confinement to containment in special camps. Tensions mount as small-town Arcadia, and the world, is ripped apart, seam by seam, from the panic surrounding the Returned.

The Returned is poet Jason Mott’s first novel. Mott has written two poetry collections previously. He holds a BA and MFA in creative writing from UNC-Wilmington. His novel was selected by Plan B, Brad Pitt’s production company, to be adapted into a television series. Mott’s background as a poet is obvious; his writing is lyrical and sophisticated. The novel is told in the third-person with standard enumerated chapters, but Mott intersperses the central story and its chapters with vignettes of the Returned. Mott also forms convincing relationships and connections between his characters, like the playful jabs between Lucille and Harold and Jacob’s goofy jokes. Don’t read the novel expecting pure science fiction or detailed answers at the end. There are no satisfying answers here. Mott explores memory and time as well as loss and second chances with loved ones.

Check this title’s availability in the UNC-Chapel Hill Library catalog. And read this article from The Daily Tar Heel to learn more about the inspiration behind Jason Mott’s novel and his writing process.