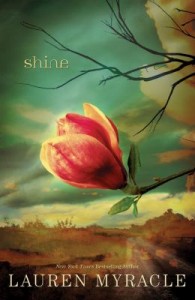 Patrick Truman was never afraid, or if he was it never showed. When his classmates called him a pansy or a fairy, when they stole his pants and left him trapped in the bathroom, when they knocked into him or threw the word fag in his face, it never stuck. He cast off their darkness and let his light shine, just like his grandma, Mama Sweetie, told him to. But some people are so infected with hate and anger that such strength, such survival in another is unbearable. A tourist finds Patrick one Sunday morning at the gas station where he works, beaten and left for dead with a nozzle shoved down his throat. He lies in a coma, an object of gossip and fascination to the entire community of Black Creek, his small, conservative mountain town.

Cat Robinson knows she has to get to the bottom of it. Despite their statements to the local paper, the sheriff’s department isn’t doing anything, and many people even whisper that Patrick was asking for it, maybe even deserved it. Though they haven’t spoken in years, Patrick was her best childhood friend, and Cat aches for the distance that grew up between them in high school. She starts asking questions, opening old wounds, and examining herself and her class-divided, embittered town with a critical and unsparing eye. Filled with a fire and bravery she had forgotten, Cat rediscovers herself in the search for her friend’s attacker. She remembers how to shine, even in the face of the intolerant, the mentally destroyed, and the beaten down. Even in the face of her own victimization. Undaunted and unwilling to remain silent any longer, Cat is an excellent example of how we hope our children will learn to respond to hate.

Native daughter Lauren Myracle has written an engrossing tale that acknowledges human nature’s strange capacity for both chilling evil and inestimable grace. While aimed at young adults, older readers will also find that the finely crafted characters, well-written narrative, and overarching themes of friendship, acceptance, and courage make for an excellent read. It is an apt message for our times.