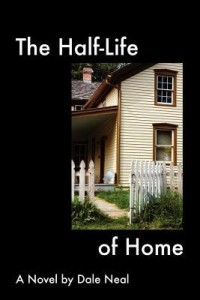 Royce Wilder is a man split between two worlds. His past lies in unrefined Beaverdam; his present resides in manicured Altamont. But those two worlds become uncomfortably close when a real estate businessman named Lawrence Landrum pressures Royce into selling his land. Landrum manipulates Royce with talk of radon, a radioactive gas that is seeping from Royce’s property. Although a certain level of radon is acceptable, Landrum claims that the levels in Beaverdam are dangerous. Royce doubts Landrum’s claims, however other impending financial burdens force him to reconsider the offer.

Selling the past is not an easy task for Royce. He is a person “rooted, down to earth” who believes that no man should be forced “to give up his history, surrender his soul, part with the past.” Even the idea of a yard sale paralyzes Royce. He has spent his years collecting odds, ends, and scraps he finds that share a tie with Beaverdam. His wife, Eva, on the other hand, sees the past as “junk that’s cluttering the present.” Her perspective is not surprising given her occupation: executive director of Keep Altamont Beautiful. Her job defines her as a person and instills purpose into her life. Eva has an obsession for order and beautification. Litter, disfigurements, and any instance of imperfection upset her. As husband and wife, Eva and Royce are at odds. They demonstrate all the typical signs of a strained marriage with their lack of intimacy and their inability to communicate their private thoughts.

Their teenaged son, Dean, is a sullen reminder of their former happiness. Dean has outgrown his contented childhood and has replaced his cheerful youth with slouching indifference. He attends an affluent private school, yet Dean still manages to forge a friendship with a less than desirable crowd and acquire an interest in graffiti. Both Eva and Royce agonize over how to reconnect with their son and how to resuscitate their withering nuclear family. All of them – Royce, Eva, and Dean – are isolated entities that cannot figure out how to intersect.

Dave Neal studied creative writing at Warren Wilson College and lives in Asheville. In Half-Life, he presents a kaleidoscopic narrative shifting between the viewpoints of a handful of characters. Neal structures most of the novel around family, using the Wilders as his model. He dwells on themes of generations, the past, and memory. Specifically, he focuses on the concept of inheritance and the paradoxical gravity and fragility of ancestry. How necessary are the tangible possessions of heritage to family? Royce finds himself battling such dilemmas when he is forced to choose between keeping his family’s property and restoring the bonds among his immediate family.

Comments Off on Dale Neal. The Half-Life of Home. Sacramento, CA: Casperian Books, 2013.