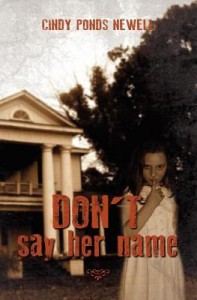 Gardenia Hall is a stately plantation set snugly in the center of North Carolina. In the 1860s, it is home to the aristocratic Delmoore family, whose youngest daughter Olivia is waiting patiently for her fiance William to come home from the war. The dashing William returns just long enough to marry tender Olivia and leave her pregnant, but by the time he makes his way back again, she and the baby have both died in childbirth. Olivia’s death begins what many see as a curse on Gardenia Hall, or as it comes to be called, the Delmoore House: if someone dies there, or dies violently, his or her spirit is forever linked to the property.

Luckily, the spirits trapped in Gardenia Hall are mostly benevolent. Until one frightful night in 1927, when Penelope, a truly evil woman, is lured to her death by a spirit trying to prevent Penelope from committing infanticide. Now Penelope’s wicked soul is also trapped in the Delmoore House, and every time someone speaks her name out loud, she gains power and control over the physical world around her. The families who move in quickly move out, at least those who are lucky enough to survive the encounter. But Penelope knows that more families will come, lured by the large house and grand property, and she has a diabolic plan to suck the energy from the strong husbands while killing the wives the same way she died, and finally be free to wreak havoc in the world at large. Will anyone be able to stop her, and end the curse of Gardenia Hall?