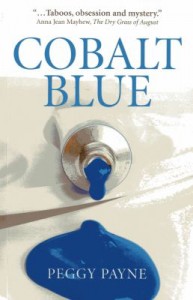 Thirty-eight year-old Pinehurst-based artist Andi Branson has hit a low point in her life. Her long-term relationship with her boyfriend Charlie has fizzled out and her creative output is stunted. Generating brilliant, original works isn’t exactly easy when you’re stuck pumping out commercial commissions. The readers first meet Andie pitching herself to be hired on a sports-themed mural for a country club. Andie isn’t thrilled about the prospect of selling her work to an executive board, and her spirits are further dampened when she discovers that her mural will be “branded” for cocktail napkins and towels and all the other disposable, retail-churning “little niceties.” As the board members gather around and critique her portfolio, Andi deplores the direction of her career and life.

Ultimately, the board hires her to create the mural, and the head of the board, Tripp, propositions Andie for another, secretive request. He asks Andie to paint a portrait of U.S. senator, Billy Sylvester. Sylvester is an ultraconservative and racist politician. The senator intends to announce his resignation from the Senate and wishes for a portrait to symbolize his professional legacy. At first, the offer flummoxes Andie. She does not agree with Sylvester’s politics, but the hefty commission of $100,000 finally wins her over. Not surprisingly, Andie clashes with the senator.

As she begins to work on the projects, Andie experiences a strange new sensation. She cannot identify the new force or its origin, but it unleashes carnal desires and creative inspiration. However, Andie cannot control this new compulsion, which she eventually learns is called kundalini rising. Her lack of restraint frightens her and sends her on a journey of discipline and enlightenment to harness this new source of untamed energy and power. Andie turns first to traditional methods of therapy and then, when unsatisfied with the results, to less trod approaches, notably visits to a tarot card reader and a voodoo priestess in New Orleans. Novelist Peggy Payne bravely explores foreign concepts like kundalini and tantric enlightenment with strong descriptive skill. Readers should be prepared for explicit instances of sexuality in this novel of spiritual and sensual awakening. 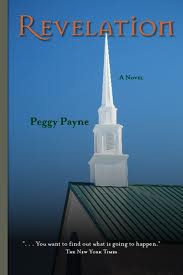 Dr. Swain Hammond is perfectly happy before he steps out into his yard one summer night and hears the voice of God. He has a nice house with his beautiful wife in the heart of Chapel Hill, where he grew up. They don’t have a family, but neither wants children–they’re happy by themselves. Although he works as the minister of Westside Presbyterian Church in Chapel Hill, Swain would count himself as the last man likely to hear any kind of divine message. His congregation is made up of individuals who aren’t inclined to make literal interpretations of scripture, and neither is Swain. Yet, while his wife is grilling pork shish kebabs only a few yards away, God speaks to him.

The next year of Swain’s life is fraught with anguish. Far from the joy and peace he imagined hearing the voice of God would bring him, instead it seems to bring nothing but trouble. The congregation doesn’t know what to think of their formerly intellectually detached leader claiming to hear directly from God. At first they staunchly stand beside his right to free speech, but as the year wears on and Swain begins to preach about believing in miracles and hearing His voice again, they become uncomfortable and even angry. A few demand he step down, while others think he should seek counseling. Even Swain’s beloved wife, Julie, doesn’t know what to think.

In the midst of all this turmoil are the local children. Swain has never liked children, or felt comfortable around them. But when a boy named Jakey Miles, the son of a local woman he had a crush on in high school, is blinded in a terrible accident, Swain finds himself drawn to the boy. Against his will, he finds himself reflecting on his own childhood, where his intelligent parents played cruel games of emotional chess with one another that inevitably left young Swain traumatized. As the minister questions his faith, his relationships, and himself, one thing becomes startlingly clear–happiness is where you least expect to find it.