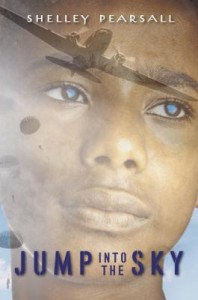 Change is nothing new to thirteen-year- old Levi Battle. He is well acquainted with getting passed around and traded off among relatives. His mother, Queen Bee Walker, a beautiful but demanding jazz singer, abandoned Levi as an infant in an old Ford in the parking lot of a jazz club because she was dissatisfied with her unglamorous lifestyle and the weight of her maternal obligations. His father, Charles Battle, left Levi behind to serve as an army lieutenant in World War II. By contrast to his family, Levi views himself as a person who sticks around, even though his relatives are constantly shifting.

In his father’s absence, Levi lived first in the custody of his grandmother. Upon her death, he was transferred to the care of his Aunt Odella. The novel begins in the spring of 1945. After three years of housing her nephew, Aunt Odella has decided that since the war is almost over, the time has arrived for Levi to depart Chicago and reconnect with his father who is stationed in Fayetteville. Truth be told, she is tired of her charge and wants a reprieve from her responsibility. For three years she has slept on a cot in her living room to make space for Levi in her cramped apartment. With the end of the war in sight, Aunt Odella sees the opportunity for her personal liberation too.

So Aunt Odella packs Levi onto a train from Illinois to North Carolina with a suitcase and a bag of fried chicken. Levi is panic-stricken. He fears that he will arrive at his father’s army post unwanted. As the train travels further South, Levi faces another unexpected trouble as well–racism. Before relocating, Levi was unaware of the full extent of regional differences toward race. He is unaccustomed to the open hostility that he meets in the South. On his route and upon his arrival to North Carolina, he makes a couple of honest faux pas that do not jibe with the laws of Jim Crow. In one hard lesson, a shopkeeper threatens Levi’s life when he asks for a Coca-Cola. Following that encounter, Levi understands Southern racial etiquette with greater clarity.

With a little bit of luck, Levi manages to arrive unharmed in Fayetteville only to discover that his father’s unit has moved out to a new, undisclosed location. Yet again, he has been deserted, albeit unintentionally. The people in Levi’s life do not appear to discard him totally out of malevolence. Outside factors seem to nudge between Levi and his family and snip the ties. During his time in North Carolina, Levi encounters an old sweetgrass basket weaver named MawMaw Sands who teaches him that at the center of every basket is “a knot of pain” that anchors its foundation. In MawMaw Sands’ opinion, pain and sweetness are interwoven in life. Levi’s life appears knotted with an especially large amount of pain. His challenge is to clutch at the sweetness he can find and braid it in, no matter the struggle.

Novelist Shelley Pearsall sends Levi on a journey to unexpected locations across the country in pursuit of his father. Family, is not so easily found or established, and, as Pearsall reveals, these bonds must sometimes be learned anew. This book is intended for children and young adults, however, Pearsall’s memorable characters and witty narrator could hook readers of any age. Additionally, the portrayal of racism from Levi’s adolescent and unfamiliar perspective is poignant in its genuine and innocent surprise.

Comments Off on Shelley Pearsall. Jump into the Sky. New York: Alfred A. Knopf, 2012.