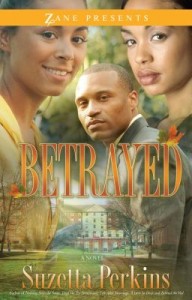 When her daughter Afrika insists on attending North Carolina Central University, Mimi Bailey feels she has no choice but to move back to Durham, North Carolina to support her daughter. Mimi also attended NCCU, but only for her freshman year, before she abruptly transferred away. The cause of this was her best friend Brenda’s vicious, controlling boyfriend, Victor, who raped Mimi right before becoming engaged to Brenda. Mimi quickly married her next boyfriend,  military man Raphael Bailey, and together they raised Afrika in a happy family in far-off Kansas. But then Raphael is deployed overseas, and Afrika enrolls as a freshman at Mimi’s old school.

Now Mimi is back where she hoped never to return, and by freak coincidence, her Afrika has befriended another NCCU freshman who could almost be her twin…a young lady named Asia Christianson. The two are inseparable, and often mistaken for sisters by those who don’t know them. Mimi is horrified to find out that Asia’s parents Victor and Brenda Christianson, whom she hoped to never see again, are living and working in the Triangle. Worst of all, Victor is the Director of Admissions at NCCU. He quickly discovers Afrika’s existence and true identity, which leads him to Mimi. He is extremely anxious that his true nature, that of a repeat adulterer, remain a secret. Mimi’s presence endangers this, so he threatens her with drastic consequences if she and her daughter remain in Durham.

But Mimi is done running, and finished keeping secrets. Unfortunately, the secrets she holds, combined with Victor’s violent nature, mean that many lives could be lost or ruined once Mimi tells. As is often the case, the children are the ones who will suffer the consequences of their parents’ actions.

In Suzetta Perkins’ earlier novel, Behind the Veil,  Margo Myles is betrayed by her closest confidants: her husband of twenty-five years, her long-term next door neighbor, and her very best friend in the world. In  Déjà Vu, Angelica Barnes (Margo’s best friend) is at the center of the drama.  Recently released from prison after being caught up in the “Operation Stingray” that got Margo’s husband into trouble, Angelica is trying to get her life back on track and to mend broken relationships.  However, she finds that making a new life in North Carolina will be too difficult; everyone in Fayetteville knows all about her past.  Angelica decides to move to New York City after being offered a job as a model, but the turmoil from her previous life follows her.  Robert Santiago, the ringleader of the criminal organization Operation Stingray finds her so that she can “repay her debt” to him.  Angelica, her family, and her friends are in danger as Santiago terrorizes and kills those who undid his schemes five years ago.  Angelica hopes that Margo will forgive her and help her, but Margo is struggling to reconnect with her husband who has just been released from prison.  Finally, it takes intervention from an outsider who is not what he appears to be to prevent Santiago from harming more people.

Life in the suburbs of Fayetteville is not necessarily what it seems to be.  For the Myles family, their seemingly perfect life is about to be turned upside down.  Jefferson and Margo have a marriage that has lasted a quarter century, four grown, adoring children, thriving careers, and a cozy house in a nice, friendly neighborhood.  To Margo’s horror, she discovers that Jefferson has embezzled some of his clients’ funds and is heavily involved in the dangerous “Operation Stingray.”   This criminal organization is stealing ammunition from Fort Bragg to sell to Honduran rebels (all with the help of insiders and dirty cops).  Jefferson’s mistakes have put his family and friends in peril.  As if that’s not enough, Jefferson is having a steamy affair with the next-door neighbor, Linda–whose husband has just been murdered.  Margo must find the strength to protect her family while searching for a way to cope with her husband’s destructive misdeeds.

Comments Off on Suzetta Perkins. Behind the Veil. Largo, MD: Strebor Books, 2006.