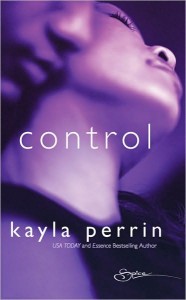 Elsie Campbell was a struggling waitress in Charlotte, North Carolina. Robert Kolstad was a wealthy, retired CEO thirty years her senior. While others might dismiss her as nothing better than a gold digger, Elsie knew she married Robert for all the right reasons. But now, eight years into their fairy tale, things are starting to change. Robert is beginning to control everything, from where they go out to eat, to how Elsie dresses, to far more serious subjects. Elsie desperately wants to have children, and she thinks Robert does too…until she finds out a terrible secret he’s been hiding from her.

This stunning revelation comes on top of Elsie’s own shameful secret: she’s been having thoughts about another man. A nameless, handsome stranger bought flowers in her shop just a few weeks earlier, and Elsie can’t stop thinking about him. Soon this stranger enters her private fantasies, and when she meets him again in person, she begins to learn what true love really means. But Robert won’t give up his young wife that easily, and soon Elsie fears for her life and her future.