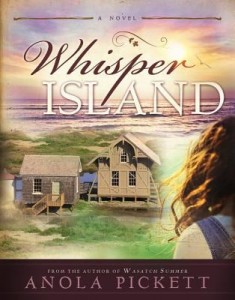 Because her mother left when she was just three, Primmy Hopkins has grown up in a household of men.  Miz Lucinda, a neighbor, helped raise Primmy, but now that Primmy is twelve she is expected to perform the traditional women’s chores in the house that she shares with her father and her two half-brothers. Cooking meals, doing the laundry, sweeping–all this falls on Primmy’s shoulders.  But she doesn’t much like it, and she’s not very good at it either.  Her father reminds her that these are skills she should develop so that she’ll be a good wife and mother, and that’s something that Primmy doesn’t want to hear. Primmy doesn’t want that life–she wants to be part of the U.S. Life Savers Service, like her father and her brother Jacob.

But it’s 1913 and the Life Savers Service does not hire women. All the economic activity and much of the social life on the island are gender bound. Only when Primmy roams the beach with her pals Will and Emory does she feel free from the expectations of what she should do and should become.  An invitation from her mother to visit her on the mainland makes it yet cleared to Primmy what she does not want her life to be, but it takes an unexpected storm to show her–and the men in her life–what she can do.