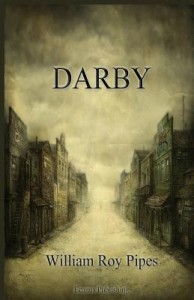 The impulse for revenge consumes Andrew Woodard.  His father, George Woodard, was murdered in the woods near their home in Wilkes County, North Carolina.  Floyd Caldwell came upon the elder Woodard as he was dying and tried to save his life.  For his kindness, he is regarded with suspicion by the Woodard family, who believe that Floyd killed George over a land deal gone bad.  Even when the sheriff clears Floyd of the crime, bad feelings fester. It finally reaches the point that George’s brother, Virgil Woodard, challenges Floyd to a duel.  The  two men cross over into Tennessee, where dueling is still legal in at this time (1904), and Floyd kills Virgil.

Could that be the end of this feud?  No.  Virgil’s second at the duel was George’s son, Andrew, who vows to avenge both his father and uncle’s deaths. Although a young man, Andrew is exceptionally violent and wily.  Even as other members of the Woodard and Caldwell families move on from the past to make rich lives, Andrew plots his revenge.  Darby follows Andrew through a twenty-year period of crimes, incarceration, deception, and madness in a chilling look at the destructive power of hate and illusion.

Check this titles’s availability in the UNC-Chapel Hill Library catalog.