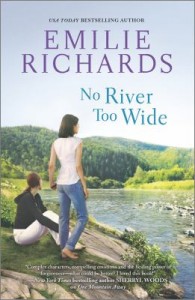 Janine Stoddard has spent years of her life trying to please her abusive husband Rex. In the early years of their marriage, she thought he would change, but then Janine switched her behaviors to try to avoid his rage. Later she tried to draw his attention, in hopes of protecting their children from the brunt of his wrath. Now that both kids are out of Rex’s reach, Janine has been preparing for the day when she could make her escape. Tonight is the night! Rex has been gone for a while and it looks like he won’t be coming back this night. With the help of the group, Moving On – a collection of lady truckers who help women get out of these situations – Janine is ready to run.

The plan is for Janine to go somewhere where Rex won’t be able to find her. However, Janine can’t resist the chance to make her way to Asheville, North Carolina to see her daughter Harmony and granddaughter Lottie.  Once Harmony has her mother back, she isn’t ready to let her go. Janine is not too keen on giving up their relationship herself, so she agrees to stay, but first, they need a plan. Taylor Martin, a close friend of Janine’s, stumbles upon their reunion. Taylor offers to help Janine, just as Harmony helped Taylor’s mother when Taylor was unable to do so. Taylor opens her home to Janine, who has now taken on the name of Jan Seaton.

Opening her home isn’t the only new adventure Taylor will be taking on. Another newcomer, Adam Pryor, will have Taylor opening up her heart as well. Nevertheless, Adam is keeping a secret that could destroy his and Taylor’s relationship, and tear apart Janine and Harmony’s mother-daughter reunion. Will Janine and Harmony be able to work on reconnecting with the threat of Rex still hanging over their heads? Will Adam share his secret in time or will he shatter all four of their lives?

No River Too Wide is book three in the Goddesses Anonymous series – a series filled with tales of betrayal, love, and the hope of forgiveness. 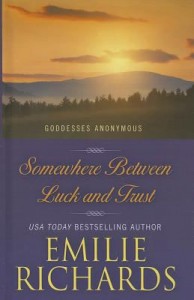 Cristy Haviland has just finished serving eight months in prison for a crime she didn’t commit. While in prison, she gave birth to the son of the man who put her there. Now that Cristy is out she plans to avoid her hometown and her ex, Jackson Ford. An instructor of one of the classes Cristy attended while in the North Carolina Correctional Institution for Women, Samantha Ferguson, has offered Cristy a place to stay in Madison County so she can be close to her son, who is staying nearby with one of Cristy’s cousins. Samantha is a part of a group of women, Goddesses Anonymous, which reaches out to help women who need it. Cristy has a place to stay, but she also has some tough work ahead of her. First she needs to find a job.

However, there might be a problem. Cristy is smart, but she has a learning disability which has kept her from learning to read. When Samantha’s mother, Georgia, offers to help Cristy learn how to read, Cristy just doesn’t know if she has what it takes. Also, Jackson is back in the picture. He’s showing up at the house and around the neighborhood, making sure Cristy knows he has her eye on her and their son. It’s more than just the pregnancy that had Jackson rattled, and Christy may know more of Jackson’s secrets than she realizes. Just as puzzling is the fact that Officer Jim Sullivan, the man who arrested Cristy, is showing up and now seems to believe Cristy is innocent.

Georgia Ferguson is the principal at Buncombe County Alternative School, where they take on the job of educating students that have not succeeded elsewhere. Georgia is impressed when Lucas Ramsey, a neighbor of one of her students, comes in to get involved with activities that may help this student to take his education seriously. When Lucas asks Georgia out she gladly accepts, and the two are soon on their way into developing a serious relationship. Georgia is also developing a friendship with Cristy as she diagnoses Cristy with dyslexia and works to teach her how to read. These two relationships are becoming important to Georgia. However, there is a part of Georgia’s past, which she doesn’t like to share, and it is about to rear its head. A mysterious charm bracelet has been discovered in Georgia’s office, and the charms are leading Georgia towards searching out her birth mother, who abandoned Georgia at birth.

Cristy and Georgia are both facing tough decisions. Will Cristy reveal what she knows about Jackson to the authorities, or keep her mouth shut in the hopes that he will let her alone? Is Georgia going to search out her birth mother, a woman who left an infant to die? These two women also have new men in their lives. Is Officer Jim ever going to admit that Cristy is innocent, and is that attraction to her that Cristy sees in his eyes? Will Lucas stick around when he discovers that Georgia’s own mother discarded her?

Somewhere between Luck and Trust is the second book in the Goddesses Anonymous series – this installment is a tale of justice, duty, and love. 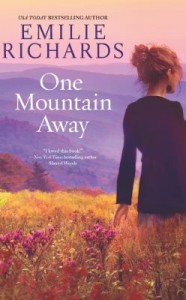 Charlotte Hale has lead an outwardly enormously successful life, building her own real-estate company in Asheville, North Carolina from scratch. Her rise from the poor daughter of a drunkard in the tiny mountain town of Trust to a wealthy mogul is the stuff of which American legends are made. Unfortunately, while the financial and business portions of her life have been rich, her personal life has suffered greatly. Her twenty-seven year old daughter, Taylor, cut her mother out of her life when she became pregnant at seventeen, and Charlotte has never met her granddaughter. Similarly, Charlotte has not spoken to her ex-husband, Ethan, since he left their marriage to support their daughter during that time.

Charlotte has never regretted her actions, moving ahead with confidence. Until the day that she is diagnosed with an acute form of leukemia, and realizes that life is too short and precious to waste on anger. She begins to focus on the important parts of life, and to attempt to rebuild many of the relationships she damaged, including those with her ex-husband and daughter. Along the way, she reaches out to a young, pregnant woman named Harmony, who is a complete stranger to her, but who desperately needs help. Since she refused to help Taylor so many years ago, opening her home to Harmony is a way of partially absolving her sins. But it doesn’t help everything–Charlotte still knows that the greatest reconciliation, and the hardest, is with the blood kin whom she betrayed. Will Taylor ever be able to forgive her mother?

Part of the Goddesses Anonymous series from Harlequin, this thoughtful novel encourages the reader to reconsider what’s most important in life before it’s too late.

Comments Off on Emilie Richards. One Mountain Away. Don Mills, Ont: Harlequin, 2012.