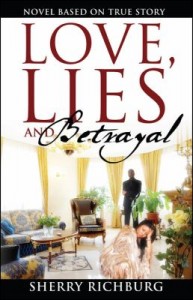 In this novel, we follow our protagonist, known on the streets as India, from age twelve until her mid-20s. Early on in the tale India, at age fourteen, leaves home for the streets and a reckless lifestyle. India immerses herself in a world of drugs by dating one of the most well-known drug dealers in the area, having no qualms about using her womanly wiles to get what she wants. By doing so, India quickly becomes widely known and respected on the streets. But, she hides all of this from her family. India claims to be living with her best friend when she is actually living with a man fifteen years older than her.

Throughout the novel India is confronted with the challenges her lifestyle brings about and she must make some tough decisions. However, she continually displays her strength and determination to be her own woman and run things her way. Everything seems to be going great for India; she has dodged several violent episodes and many confrontations with the law, even while others of her team are brought down. Then one day someone tries to rob her crew and everything goes downhill from there. Was it someone they trusted? Will India be able to overcome this challenge as she has done all others? Will her well-built team support her or turn on her?

Love, Lies and Betrayal is based on a true story and provides an explicit look into India’s lifestyle.