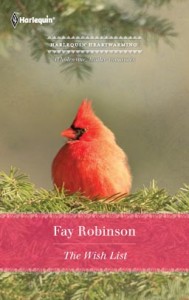 Susannah Pelton is determined never to be emotionally dependent on anyone again. During the nine years that she cared for her mother, who was afflicted with Alzheimer’s, all her friends and even her fiance abandoned her. Grieving her mother’s death after nine years of constant nursing, Susannah is determined to live life to the fullest. She writes a list of what she wants to do most in life, including visiting Paris, dancing in a ballet, skydiving, and seeing the Amazon River. At the very top of the list is “create a thing of beauty that will last forever.” Stunned by the detailed artwork in a mosaic she sees in a hospital while having a broken arm set (the skydiving wasn’t such a good idea after all), Susannah tracks down the artist at his remote mountain home in Graham County, North Carolina. Her plan is to ask for lessons, spend eight weeks learning the art of mosaics, and then get to New York City in time to watch the ball drop on New Year’s Eve– another item on her list.

Artist Ryan Whitepath is struggling. His six-year-old daughter, Nia, has been suffering from massive anxiety and depression ever since the death of her estranged mother. Although he understands, Ryan doesn’t know how to react, as Nia was never close to her mom. Carla lived all the way in London, which might as well have been the other side of the moon to a little girl living in the mountains of North Carolina. His grandmother insists that Nia will be healed by a redbird with a broken wing, but Ryan dismisses her prediction as old-fashioned nonsense. When a young woman shows up at his door asking for lessons in mosaics, Ryan immediately denies her request– he just doesn’t have room in his life for a stranger. But Nia attaches to the beautiful, red-headed Susannah immediately, and Ryan begins to think that she might be just the cure his little girl needs. But what happens when Nia isn’t the only one captured by the outsider?