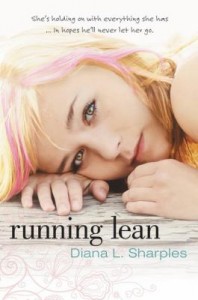 Voices from Stacey Varnell’s childhood still haunt her, even into high school. Stacey struggles to see herself as she is now, a pretty, talented teen. As a child, Stacey’s overprotective parents focused an unrelenting eye on her due to her health problems and a series of heart surgeries. Stacey’s mother forbade her to exert herself physically and she kept Stacey indoors, fearful of her health and fragility. Classmates taunted Stacey about her weight. Their teasing sparked Stacey’s obsession with dieting and calories. No matter how much weight Stacey drops though, she sees a chubby version of herself staring back in the mirror. Surprisingly, Stacey’s helicopter parents don’t seem to notice her compulsive habits (she’s a master at shuffling food around her plate), and her friend Zoe reinforces Stacey’s dangerous behavior.

The only person who seems to notice is Stacey’s boyfriend, Calvin Greenlee. Eight months ago, he and Stacey became smitten with each other; she was the new city girl who had just relocated with her family to the country. Over the course of several months, their courtship developed slowly – first a youth event at Calvin’s church, then Homecoming. When Calvin’s brother Michael died in Afghanistan, Stacey supported Calvin through his pain. He felt as if Stacey understood his grief naturally, unlike any of his other friends. In spite of Stacey’s artistic temperament, she’s consistent. She is always there for Calvin. Lately, however, her behavior has started to alarm Calvin. Stacey complains of dizziness and she looks sickly. He doesn’t like or trust her friend Zoe, and the feeling is mutual. Zoe badmouths Calvin to Stacey, calling him a “farm boy” and other insults. Stacey and Calvin’s relationship grows tenser as Stacey’s mental and physical health deteriorates.

Calvin’s other main devotion is his vintage Yamaha Enduro motorcycle that has seen better days. He loves his bike. His friends, the ugly duckling turned swan, Tyler, and the tomboyish Flannery enjoy motorcycles and outdoor activities. Stacey’s insecurities cause her to suspect that Flannery dislikes her. She fears that Flannery and Calvin’s friendship will develop into a more serious relationship. Stacey sees flirtations where Calvin insists there are none. Ironically, as much Stacey feels left out, Calvin feels equally shut out when he tries to express his concern about her health. Stacey isn’t sure how to communicate her problems to Calvin.

After Stacey becomes more erratic, Calvin seeks his friends’ advice. Observing Stacey closely and piecing together all the evidence, Calvin stumbles upon the truth. He feels daunted by Stacey’s eating disorder, a disorder that she won’t even admit to. Some web research shows Calvin that they aren’t the only couple out there battling this problem, but it doesn’t give him any clear answers or the promise for a cure. Calvin tries to encourage Stacey to eat better and reassure her flagging sense of self-worth. He tells her that she’s smart and beautiful, and the single object of his affections.

Despite Calvin’s well-meaning attempts, Stacey can’t shut out her obsessive thoughts about her appearance or stop her harmful actions. Her past has fueled her poor self-esteem and distorted self-image. All she wants is to hang on to Calvin, but Stacey’s fixation on thinness, perfection, and control threaten their relationship, and even worse, her life. Will Calvin be able to rescue Stacey from her internal torment, or will he lose her just like his brother?