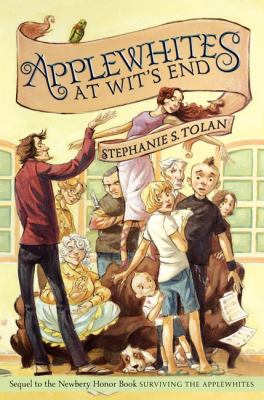 It’s the end of the world!

Okay, maybe that’s a little dramatic, but what sort of proclamation would you expect from a family of artists who picked up their New York City lives to establish a “creative compound” in rural North Carolina and then discovered that their finance adviser embezzled all of their money? The Applewhites’ various livelihoods are at risk unless they can think of some way to stay afloat — and fast! Fortunately, it does not take long for the bunch of innovative free-thinkers to come up with a solution: an expensive summer camp for gifted and talented children. After all, who would not what to send their special child to a camp that is run by famous professional artists?

Everything is under way and the Eureka! summer camp is up and running. There are a few things, however, that the Applewhites did not plan for: dietary restrictions, an unwillingness to “rough” the hot summer, and campers’ aversions to branching out to other arts. In other words, spoiled, uncooperative children. Things begin to change, though, when unsigned and alarming letters are sent to the camp. Just as the camp’s very existence is threatened, the Applewhites and the campers band together to find the value in each other and to save Eureka!