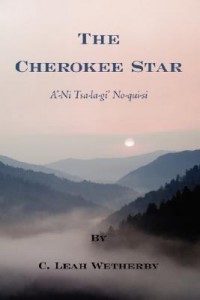 Three months ago, Celine lost her beloved adoptive parents in a terrible car accident. Now that the estate is finally settled, she lets her best friend Irene convince her to take a small vacation. Together, the friends plan a trip to North Carolina’s Great Smoky Mountains. Full of excitement, they head out with their partners Mark and Marsh for some relaxing fishing, camping, and swimming. But Celine, known to her friends as “C”, will find little rest on this fateful vacation.

Celine’s parents found her at the age of four, traumatized and sitting in a canoe on the Oconaluftee River just outside of Cherokee, North Carolina. They brought her immediately to the Sheriff’s Department in Birdtown (a small township in the Qualla Boundary) and eventually adopted her there. Incredibly, Celine and her friends have ended up camping on the outskirts of Birdtown, and the twice-orphaned young woman decides that now is the perfect time to look into her past. The recurring nightmares she thought she had banished as a child have returned with a vengeance since her parents’ deaths, and Celine is beginning to think that it might not be just a result of grief and stress.

This suspicion that the past is returning to haunt her strengthens when strange things begin to happen: Celine and her friends have the sense of being watched, animals are behaving oddly (a hawk follows Celine, appearing to guard her from danger), and a Cherokee called Tracker shows up in their midst. Will Celine ever discover her true identity? And what if finding her heritage means that she will lose it all once more?

Comments Off on C. Leah Wetherby. The Cherokee Star. Bloomington, IN: AuthorHouse, 2007.