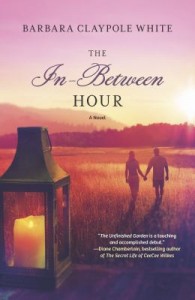 When eighty year-old Jacob Shepard is kicked out of Hawk’s Ridge Retirement Community for his belligerent behavior, his son Will’s last nerve has already been plucked. Jacob has developed short-term memory loss. This condition, along with Jacob’s troublesome behaviors like knocking back Wild Turkey despite the community’s no-drinking policy, spouting off obscenities, and complaining about the staff and the other residents, has worn Will thin. As it stands, Will is struggling to churn out his next best-seller. He’s feeling uninspired by his formulaic yet popular thriller series, Agent Dodds, and constant calls from Jacob only interfere with his writing process. But it’s the secret Will has been hiding from his father that weighs on him the heaviest.

Will’s five year-old son, Freddie was killed in a recent car accident. Freddie’s mother, Cassandra, an irresponsible heiress, was drunk behind the wheel. She caused a single car accident that killed her, Freddie, and her current boyfriend. Since the accident, the grief has crippled Will. And re-living the painful memory every time Jacob calls him becomes too difficult for Will to bear. Will impulsively tells Jacob that he can’t see his grandson because Freddie and Cassandra are taking a long trip to Europe. After he considers his fib, Will sees it as an opportunity to re-write the truth and celebrate Freddie. The decision becomes more problematic though when Jacob gets himself booted out of Hawk’s Ridge. Now, Will must leave New York City and return home to North Carolina to figure out what to do with his lonely, rabble-rousing father. Unfortunately, that means he’s also trapped in a lie. To protect Jacob, Will must find a way to keep the charade going while he grieves in secret.

With no place to live, Jacob’s new art teacher at Hawk’s Ridge, Poppy, suggests that they visit her friend Hannah who has an extra cottage for rent. Hannah Linden is holistic veterinarian who lives in rural Orange County and struggles with plenty of familial troubles of her own. Her elder son Galen is succumbing to a battle with depression and alcoholism, diseases that run in the family. A few weeks prior he stumbled into an ER and told them he wanted to commit suicide. Will and Jacob arrive on Hannah’s doorstep on the eve of Galen’s release from a psychological ward. She agrees to let them stay, though her mind is already preoccupied. Hannah is at odds trying to understand how her calmest, sweetest son could be so dark and tormented inside. Over time, Hannah and Will are united by the difficulties in their lives. Denying the spark between them grows increasingly impossible …

Novelist Barbara Claypole White writes “love stories for damaged people.” Indeed, The In-Between Hour delves into many difficult topics (suicide, depression and mental illness, family secrets, death, divorce, alcoholism, etc.) The novel focuses upon people at a crossroads, people who have to leave behind emotional loss and upheaval in order to forge a new beginning out of old suffering. White also integrates details from her research on the Occaneechi Indians, a tribe around Hillsborough, North Carolina in the seventeenth and eighteenth centuries.