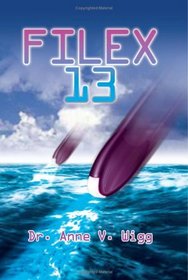 Tiffany Silver lives in Wrightsville Beach, North Carolina with her husband Shadow and two young children. She has a happy existence running a small dress shop while Shadow works as an oceanographer, and they are surrounded by friends and family. But all of that is about to change. A hurricane destroys their home, and Shadow dies in a mysterious accident at sea. Tiffany and the children are grief-stricken, and rebuilding everything they have lost is a slow process. Over time, life becomes more normal: they move into a new house, and Tiffany’s dress shop is working on the biggest wedding of the decade.

Disaster, however, is about to call again. Something is wrong with the lake near Tiffany’s new house, where she spots glowing bathers late at night, and her best friend from high school, Lindy, has been acting strangely. Steve Treat, the lone survivor of the accident at sea that took Shadow’s life, rouses from his coma muttering nonsense about blue, glowing lights. Incredibly, all of these weird occurrences are linked, and the answer is nothing anyone in Wrightsville Beach would ever have guessed: visitors from another world walk among them.

Now Tiffany and state officials must work quickly to determine the extent of this threat that is slowly polluting North Carolina’s pristine waterways, all while keeping it a secret from an easily-panicked public … and keeping their lives. By turns spooky, scientific, and sentimental, this tale of otherworldly beings doesn’t end at all the way one might think.