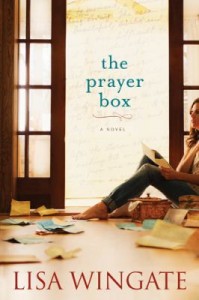 “I don’t believe it,” I answer. “Men are always trying to solve the mysteries of God, but they never will.”

She plucks a whelk shell from the sand, contemplates it, turning it over with her bone-thin fingers. “There will always be another mystery. God is infinite.”

Ninety-one year-old Iola Anne Poole doesn’t have the best reputation. The people of Fairhope regard her as a hermit and a squatter. Word around town is that Iola wormed the Benoit House away from its rightful owners. Girard Benoit’s nephews intended to sell the estate to a group of locals who had grand plans to turn the Victorian house into an upscale beach resort on Hatteras Island. But supposedly Iola intervened and manipulated the old Mr. Benoit, who was not in a clear frame of mind. Or so the story goes.

Meanwhile, thirty-three year-old Tandi Jo Reese has recently started renting Iola’s nearby cottage. Desperate and down on her luck, Tandi fled from an abusive and criminal husband with her two children, JT (age 9) and Zoey (age 14). Without a home, the cottage was the best deal Tandi could find, apart from sleeping in her car. But her money is running out. The rent is already overdue and Tandi is struggling to find a job that will hire her since she is too afraid to provide any details of her former life.

Tandi grew up in a family of slick smooth talkers – her father, her mother and her sister, Gina – who merge fact with fiction to get what they want. Her home life was tumultuous. Then again, it still is. Although Tandi has escaped from her husband, Trammel, she sees the disillusionment in her kids’ faces. Up until Tandi decided to leave, she hadn’t been the world’s greatest mom. After an accident, she became hooked on Oxycontin and walked around in a doped up haze. Because of her tough upbringing and her abusive husband, Tandi hasn’t trusted anyone in a long time, if ever. Now JT and Zoey’s faith in their mother is wavering.

One day, not long after Tandi and her kids have moved into the cottage, she notices a suspicious lack of movement in Iola’s house. When she investigates, she finds Iola’s body lying peacefully in a bed. At first, Tandi is worried that hubbub surrounding Iola’s death might draw notice to the fact that she’s behind on the rent. But Tandi isn’t aware of Iola’s general unpopularity around Fairhope. Tandi’s financial woes aren’t a complete secret though. One of the lay people at the Fairhope Fellowship Church strikes a bargain with Tandi: she will clean out Iola’s house in exchange for her rent.

Tandi accepts the deal. But it isn’t an easy job. The house has been damaged by the most recent hurricane. Architecturally, the house is unsound. Buckets are scattered throughout the rooms to catch dripping water. And Iola hoarded a massive stockpile of food from home grocery deliveries. Canned goods flooding out of the pantry shock Tandi, especially since she can barely afford food for JT and Zoey without skipping meals herself. However, the prayer boxes are the best surprise that Tandi stumbles upon.

If you’re not familiar with the concept of a prayer box, check out this blog entry by Lisa Wingate on making and using prayer boxes. The basic concept behind a prayer box is to create a box or decorate a pre-existing box, which the owner will fill with prayers and reflections, or even favorite scriptures. Every year, for eighty-one years, Iola fashioned a prayer box and filled it with letters to her father. As Tandi combs through the boxes she relates the struggles in Iola’s life to her own. Strangely, the lessons in Iola’s letters resurface and guide her through this trying chapter in her life. And in the process, Tandi discovers that Iola was not the woman that many presumed her to be.