The Castle sisters–Emily, Gabriella, and Samantha–are the focus of this short, romantic series.  The sisters love the coastal community of Sand Castle Bay, but each went out into the wider world to make a name for herself.  Emily is an interior designer, Samantha is an actor, and Gabi follower her father into the pharmaceutical industry.  But when they hit a patch of trouble–or when a family member needs them–they return to their little beach town.

Each novel focuses on a particular sister who is at a turning point in her life: Emily in Sand Castle Bay, Gabi in Wind Chime Point, and the eldest sister, Samantha, in Sea Glass Island.  Their grandmother, Cora Jane, is a presence in each novel–not quite needing the sisters’ help, but eliciting the sisters’ concern.  But Cora Jane gives much more than she receives, as she offers advice and engages in matchmaking.  Although the Ocean Breeze novels contain contemporary elements such as age discrimination, out-of-wedlock pregnancy, and the war in Afghanistan, at heart these are traditional novels.  Unrequited love, the desire to marry and have children, and the impulse to protect family members–and to meddle in their affairs–drive the action in these nicely linked novels. 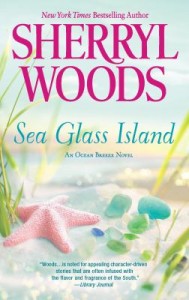 Samantha Castle is the eldest of the three Castle sisters and the only one yet to find love. Her youngest sister, Emily, is frantically tackling the details of her fast-approaching nuptials with her fiancé, Boone. Her other sister, Gabi, is transitioning into motherhood and waiting for her opportunity to marry her perfect match, Wade. But love isn’t the most immediate issue on Samantha’s mind, it’s her acting career. Now that Samantha has hit 35, she is no longer able to land the parts that are reserved for bright-eyed actresses in their early twenties. Even reasonable parts, like mom roles, are cast unsuitably to actresses much younger than Samantha. But, at 35, it seems that Samantha is too young to play mature women and too old to play even a mom. Caught in a limbo, the lack of job offers has forced Samantha into lean times. With TV and Broadway opportunities drying up, Samantha is questioning her dedication to her craft.

But her concerns are divided when Emily places new demands on Samantha. Emily has an unexpected and atypical responsibility for Samantha–to be her maid of honor. Specifically, she is scheming to pair Samantha up with Boone’s best man, Ethan Cole. Emily is determined that Samantha and Ethan are a natural couple, and she has their grandmother and matchmaker pro, Cora Jane on her side. Samantha is skeptical. Back in high school, she had a not-so-secret crush on Ethan. That, of course, was obvious to everyone except Ethan. In high school, Ethan was a football star with girls falling at his feet. After high school, Ethan’s luck changed.

Presently, Ethan runs a small emergency clinic in Sand Castle Bay. He and another doctor, Greg Knotts, established the clinic after returning from service in Afghanistan. During his stint in Afghanistan, Ethan lost the lower portion of his left leg in an IED explosion. He now wears a prosthesis. Upon his return, Ethan also founded a charity, called Project Pride, motivated out of a desire to improve the self-image of children with prosthetic limbs. At first, the town treated Ethan as war hero. However, his fiancée Lisa broke his heart by leaving him. Since the break-up, Ethan refuses to get emotionally involved with women and acts disinterested in romance. To protect himself, he resorts to cynicism and general animosity.

When Boone tips Ethan off about Emily and Cora Jean’s plot, he is less than pleased. Ethan assumes that Samantha, an actress after all, will be vain and shallow. Or so he hopes her to be. An empty-headed and self-absorbed woman is much easier to ignore than a woman with some substance. Unfortunately, when the two encounter each other, Ethan discovers with great surprise, and even greater ire, that Samantha is not at all what he expected – she’s unpredictable, kind, and full of spark. They each fight back attraction by first avoiding one another. Yet that proves impossible with meddling family members who continue to force them together for wedding-related activities, so Samantha and Ethan resolve to be friends. But as they spend more time together, their friendship becomes increasingly difficult to maintain. Whether or not they like it, Samantha and Ethan’s relationship might just evolve without them.

Sea Glass Island is the third and final novel in Sherryl Woods’ Ocean Breeze series. Much like the other two installments, Woods reinforces the value of family. She also presents the importance of moving past surface assumptions and appearances as reflected by Ethan’s initial dismissal of Samantha in addition to the prejudices formed against other characters with prosthetic limbs. 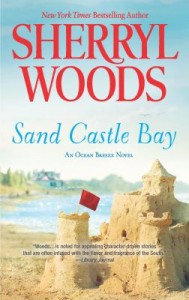 Emily Castle and Boone Dorsett were sweethearts when Emily spent her summers at Sand Castle Bay.  Boone hoped that Emily would settle down with him, but the young woman wanted to pursue her dream of being an interior designer–not a viable career option in the little coastal town.  Boone eventually married someone else.

As Sand Castle Bay opens it has been ten years since the young lovers’ breakup.  Boone is a now restaurant owner and a widower with a young son.  Emily has become a successful decorator in Colorado, but she is called back to North Carolina when her grandmother’s restaurant is threatened by a major storm.  Emily’s grandmother, Cora Jane, has become close with Boone, each supporting the other in the difficult business of running a tourist-oriented business.  Cora Jane knows that Boone still has feelings for Emily and she finds ways to push the two of them together.  But other family members throw up obstacles–chiefly Emily’s sisters who love to interfere in their sister’s life and Boone’s mother-in-law who is possessive of her grandson and bitter about her daughter’s early death.  And personal matters are not the only impediments to a new beginning for Emily and Boone.  Boone’s business has taken off and he is adding restaurants in other states, and Emily has big jobs coming up in California and back in Colorado.  Sand Castle Bay gives readers a mature, realistic take on the rocky road to happily-ever-after. 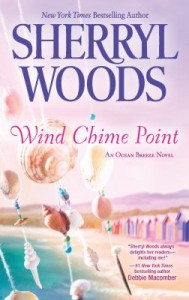 After successful PR maven Gabriella Castle winds up pregnant and unemployed, her entire life plan is blown off course. Gabi is a workaholic who has devoted herself to her position at a biomedical company. Her determination stems from a need to impress her disinterested father, Sam Castle, who has established himself the biomedical industry as an esteemed figure. Their relationship is strained, and Gabi is nervous about what her morally upright father will think of her condition. Before her pregnancy and her layoff Gabi set her ambitions to climbing the corporate ladder and landing a vice-presidency within the company. But those dreams seem impossibly distant from her reach, which is difficult for Gabi to handle. Gabi is a sensible planner and she feels adrift without structure guiding her life.

The father of Gabi’s child and her boyfriend of five years, Paul Langley, expresses shock at the news and distances himself from the situation. Paul is a slick professional with little desire for starting a family. Now that the ties of Gabi’s former life in Raleigh have loosened, she returns to Sand Castle Bay on the coast of North Carolina at the urging of her older sister Samantha. Gabi’s younger sister, Emily, is engaged and in the throes of wedding planning and Samantha coaxes Gabi to join them for a reprieve from the hectic upheaval in her life. Gabi cautiously agrees to the vacation; her sisters and her grandmother, Cora Jane, tend to meddle with match-making. Gabi knows just who they intend to pair her up with and she is not interested in entering into a new relationship with anyone, not even the patient and gallant Wade Johnson.

Wade Johnson has harbored feelings for Gabi since he first met her. Gabi’s sisters and grandmother believe that Wade is a perfect partner for Gabi, but she remains stubbornly resolute that she can handle her present situation alone and discusses plans to give her baby up for adoption. For Wade, family is an essential and precious element for happiness, and one that he is sadly lacking. Two years ago his pregnant wife Kayla was killed in an accident. Wade still experiences trauma from the ordeal and refuses to communicate his emotions on the topic. Instead, he acts as a devoted uncle to his sister Louise’s five children. He spends time with the kids while Louise runs her law firm and her husband Zack stays busy at his medical practice. As much as he loves his nieces and nephews, he feels jealous of Louise and Zack’s family and depressed by his lost opportunity to start a family of his own.

When Gabi and Wade bump into each other only somewhat unintentionally at Castle’s by the Sea, a local restaurant owned by the Castle family, Wade’s “knight-in-shining-armor side of his nature” emerges. He does not care that Gabi is pregnant. In fact, he finds her as beautiful as ever and becomes determined to help her recover from the recent blows of her pregnancy and her unemployment and to find a new purpose in her life. Wade hopes that whatever direction Gabi embarks on will include him as well. Initially, Gabi accepts Wade’s support and friendship with reluctance, and she stipulates from the beginning that the relationship will only be platonic. After plenty of confusion and self-reflection, Gabi reconsiders what she wants out of life. When Gabi’s old boss offers to rehire her, she is suddenly not so sure that she is ready to leave Sand Castle Bay.

Wind Chime Point is the second work in a series of three books by popular novelist Sherryl Woods. The Ocean Breeze series concentrates on the lives of the Castle sisters: Samantha, Gabriella, and Emily. In Wind Chime Point, Woods splits the perspective between Wade and Gabi. Woods exposes the nuance in the thoughts and actions of her two main characters. By switching between the voices of Gabi and Wade, Woods shows the disparity between what they say versus what they actually feel. Woods’ story presents a great depth of feeling and cements the importance of family, particularly during the hardest of times.