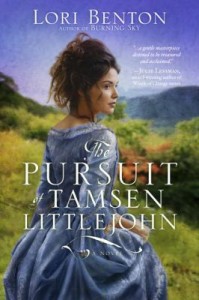 All that Tamsen Littlejohn has been brought up for, since her mother married Hezekiah Parrish, comes to this single moment in 1787 Morganton, North Carolina. Ambrose Kincaid, a twenty-nine year old heir to a Virginia fortune, has been enraptured by the portrait Parrish carries around of his stepdaughter. Kincaid has agreed to meet with the family in order to discover whether he and Tamsen will make a good match.

Sure that Kincaid will turn out to be a younger version of Parrish, Tamsen approaches the meeting reluctantly. However, she soon finds herself caught up in conversation with the young man and thinking that this might not be a bad match after all. Then Kincaid backhands his slave just for interrupting them. Tamsen believes this act has shown her Kincaid’s true nature and rushes from the table, right into the arms of Cade, a backwoods trapper and cattle drover.

Cade and his son, Jesse Bird, are caught off guard when the young lady runs into them, and Jesse can’t keep his eyes off her. Later that night, Jesse unknowingly halts Tamsen’s flight from her stepfather’s cruel rule. Realizing that Tamsen will not bend to her stepfather’s will, Tamsen’s mother decides to reveal a family secret, one she promised Parrish she would never reveal. Upset by Tamsen’s defiance and further angered by his wife’s disobedience, Parrish commits an unforgivable act. Knowing there is no way that she will be safe under her stepfather’s control, Tamsen decides that escape is her only option.

Unable to get Tamsen out of his head, Jesse Bird has discovered the cruelty that Tamsen and her mother have had to suffer living with Parrish. He offers to help Tamsen get away. They have no idea the amount of trouble that will follow.

The Pursuit of Tamsen Littlejohn is a tale of discovery. Tamsen will discover the kind of woman she is without the strong influence of her stepfather and possibly discover love along the way. On the other hand, Jesse, sure of the man he is, will discover the truth about his birth family and the meaning of selfless love. 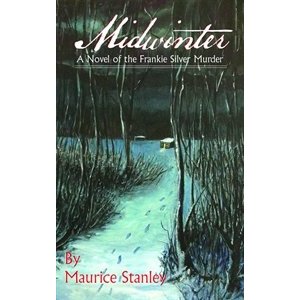 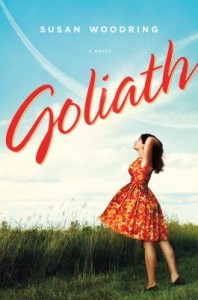 Goliath is a small town in North Carolina, based on similar places in Caldwell and Burke counties; it has a classic main street with shops and homes, a church, and a couple of diners. Its main claim to fame is the Harding Furniture Factory, a world famous company devoted to the creation of artisan furniture. The Harding family has been a pillar of Goliath for going on a century. The current patriarch, head of the factory and center of the community, is Percy Harding–until a teenage boy with a penchant for arson finds him dead one October morning, crushed on the railroad tracks.

Percy Harding’s death is the beginning of Goliath’s demise, and as the town slowly crumbles, we witness its destruction one person at a time. There is Rosamond Rogers, Percy Harding’s secretary. Abandoned by her philandering traveling salesman  husband and uncaring daughter, Percy was the only bright spot in Rosamond’s life. Even though her daughter, Agnes, is back in town after inexplicably dropping out of college, the mother and daughter’s relationship remains strained. Agnes always knew she would leave Goliath, while Rosamond could never imagine being anywhere else. Clyde Winston, her neighbor and the town’s police chief, is on the edge of retirement. Having lost his wife a few years ago, and estranged from Ray, his preacher son, Clyde is cautiously drawn to Rosamond and she to him. But somehow every time they connect they are pushed apart, like the opposite sides of two magnets.

Meanwhile, the town’s teenage population is in uproar. Junior girls at the local high school form a group that writes morbid poetry on pink paper. They leave their compositions in lockers, the library, and under the guidance counselor’s door. Students take to wearing black, and there is talk of a secret suicide pact. Vincent Bailey, the teenager who found Percy Harding, becomes obsessed with the poetry group’s ringleader: a reckless girl named Cassie. Slowly, seemingly unrelated events build together until one day Vincent Bailey and his friends arrive at a single idea that will result in the final knell for Goliath.

In this debut novel, Susan Woodring explores what the death of a small town looks like, and how the end of one company can spell the end of an entire community.

It’s 1864, the last year of the Civil War, when a new conscription law establishes the Confederate Junior Reserves, which requires boys to serve in the army after their 17th birthday.  Protagonists Billy Nick Long of Henderson County and John Rattler of the Snowbird Cherokee Community are sent to Camp Vance in Morganton, NC, along with other members of the Junior Reserve.The boys have not yet been trained or provided with weapons when Union soldiers raid the camp and take the boys as prisoners of war.  In order to save their lives, the boys join the Union Army’s Galvanized Regiments and head west towards California and Oregon to fight in the American Indian Wars.  Garren’s novel weaves historical evidence of the crimes and atrocities committed during these two wars with his coming-of-age tale of two North Carolina boys.

Comments Off on Terrell T. Garren. The Fifth Skull: A Historical Novel of the Civil War and the American West. Spartanburg, SC: Reprint Co., 2008.

A travel novel that follows an assortment of vacationers climbing Grandfather Mountain. The climbers enjoy the scenery, adventure, and romance. A wedding performed against the backdrop of Linville Falls is one of the high points of the novel, but modern readers may be most interested in the illustrations and tourist information scattered throughout the volume.