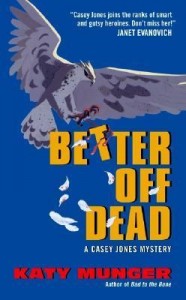 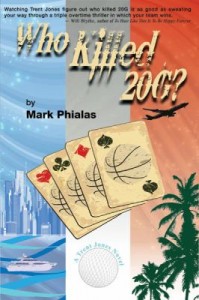 Trent Jones is a has-been M.P. with a penchant for poker and scotch, and a passion for UNC basketball. The obsession with liquor and gambling means that he’s often drunk, broke, or some combination of the two, and that his best friend, Frank Williams, has to bail him out more often than not. Frank, a successful sports and entertainment agent, lives in New York City, a world away from the North Carolina haunts they used to frequent together. However, Frank keeps a vacation home at nearby Myrtle Beach, and after his latest slump, Trent wants a place to recuperate (or just more scotch, which Frank has in spades). Frank is angry about Trent’s downward spiral, but unable to deny his friend anything. However, rest and refreshment are last on the list for the wayward Tar Heels fan. One evening, out having a drink, Trent encounters Kenny “20G” Kincaid, the basketball head coach for the fictional Wellington University, located just north of Charlotte. Having recently lost $500 thanks to 20G’s losing streak, Trent decides to have a little word with Coach about his technique, a tactic that quickly turns into a fistfight. Trent wakes up the next morning hungover and sore with the intention of moving on. But he can’t; sometime during the night, someone murdered Coach 20G and Trent is suspect #1.

Things get worse when Trent receives a phone call from New York City: Frank Williams has also been murdered. These two homicides, unrelated at first glance, plunge Trent into a dangerous game of sleuthing and revenge that takes him to Arizona, New York City, North Carolina, New Hampshire, and even out to sea. To make matters even more unbearable for him, the action occurs during the NCAA play-offs, and Trent is convinced that this year the Tar Heels are going all the way. Can Jones find and eliminate his friend’s murderer, uncover what happened to 20G, and protect himself while still watching the Heels achieve victory? Find out in Phialas’ debut novel, which is hopefully the first of many. Trent Jones is a gruff, troubled, but highly likable and entertaining anti-hero; readers, especially fellow Tar Heels, will root for him from the start to the final buzzer.

Burgess Leonard. Phantom of the Foul-Lines. Philadelphia: J. B. Lippincott, 1952.

A new college basketball season is just around the corner, so it’s an appropriate time to add this novel to your reading list.

Mickey Barton was the captain of his high school basketball team–a team that won the state championship and a national invitational tournament.  That should make him a hot prospect for the premier basketball colleges in his state.  But Mickey has a problem–he is only 5′ 6″.  The big time schools rebuff him, and his best friend and teammate 6′ 10″ Hub Duncan trades his friendship with Mickey for a chance to play for an elite coach.  Mickey, whose dad is dead, needs a scholarship to attend college.  Luckily, his high school coach becomes the basketball coach at Greyling Tech, the perennial cellar dweller in the conference.  Mickey joins Coach Royce there.  Despite the ragtag nature of the team and bad behavior by the coach’s son, they go on to glory.

Mickey’s college, Grayling Tech, is thought to be Wake Forest, but I could not identify any of the schools in the conference.

Comments Off on Burgess Leonard. Phantom of the Foul-Lines. Philadelphia: J. B. Lippincott, 1952.