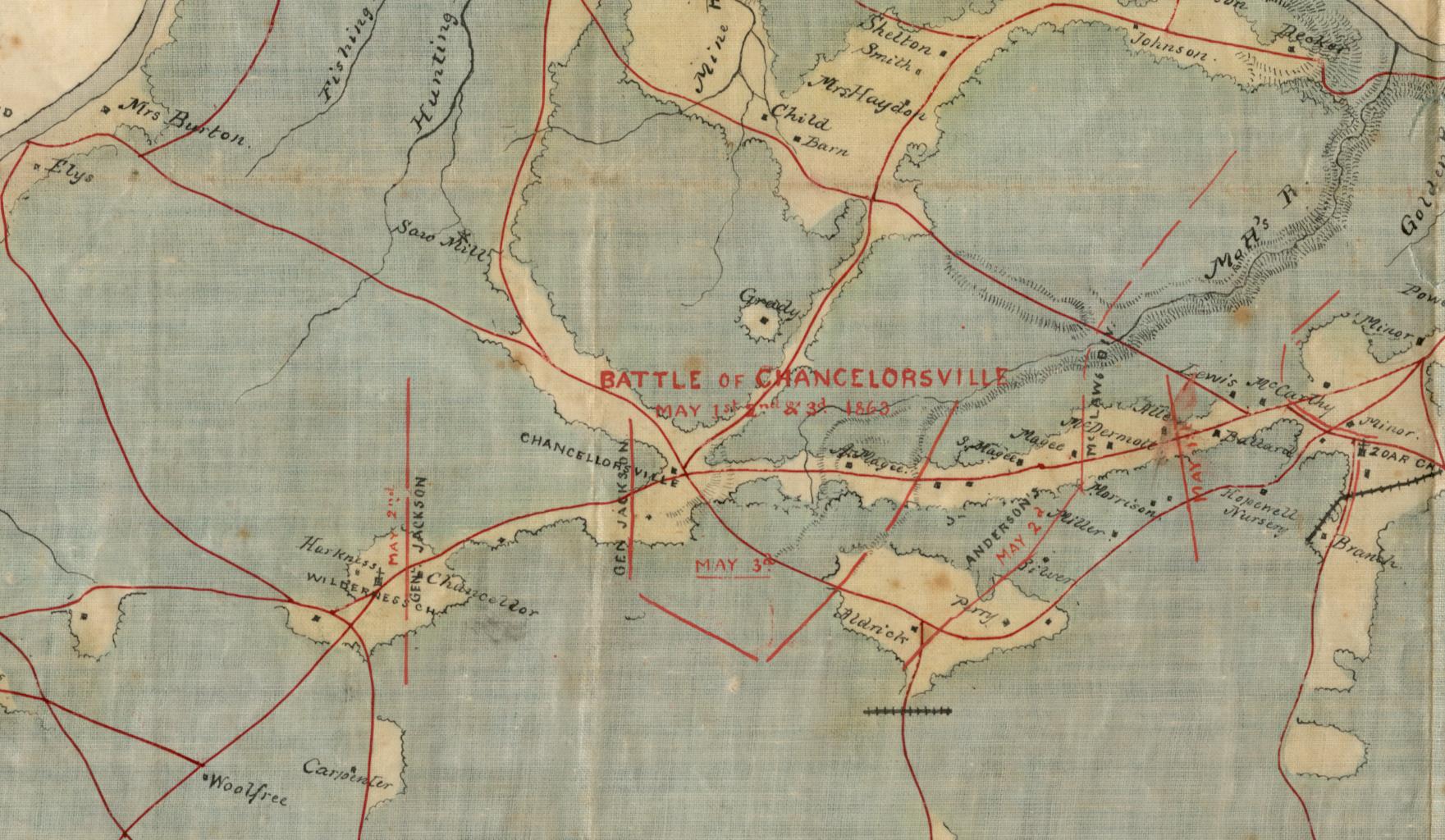 “The immortal Jackson was badly wounded by our own men as you have no doubt heard and fears are entertain ed that he will not live. he is at Guineas Depot. reported to have Pneuomnia, which if true, I fear will be fatal.”

It was a rough weekend for the 18th North Carolina Regiment. On Saturday, May 2, members of the Eighteenth accidentally shot Stonewall Jackson (a wound that was ultimately fatal). Then, on Sunday, May 3, the regiment’s commander, Colonel Thomas J. Purdie, was killed. Also on Sunday, the color bearer, Corporal Owen Eakins, was killed and the regiment’s flag was captured by the enemy. Moreover, the Eighteenth saw heavy losses during the Battle of Chancellorsville. According to one source, the regiment lost 30 men, another 95 were wounded, and 27 were reported missing. 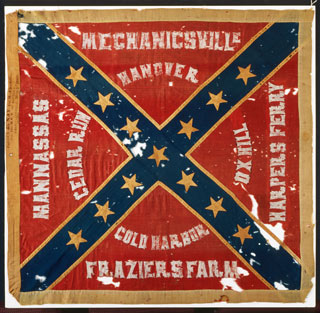 Image courtesy of the North Carolina Museum of History

Accounts vary regarding which officer gave the order to fire on Jackson and his men, who approached the North Carolina regiment in the dark and were presumed to be Union soldiers.  Some credit Colonel Purdie, while multiple accounts have Major John Barry giving the order despite warnings that approaching men were Confederates. In either circumstance, the fatal wound was dealt by the North Carolina 18th, who have been blamed for Jackson’s death ever since.

“It is said to have been the bloodiest battle of the war; their dead lay in heaps in their entrenchments and were scattered for five miles where our men had charged them.”

With the 4th highest number of casualties of any of the war’s battles, Lee’s victory at Chancellorsville came at the cost of two of his key generals, Jackson and Paxton.  Many believe that the death of Jackson was a turning point in the war, most notably as a contributing factor to the Confederates’ subsequent loss at Gettysburg.  This historical moment is often referenced by proponents of the “Lost Cause” movement, some of whom ponder, “what would have been the result had Stonewall Jackson lived?”

Wilson Library preserves a significant number of materials documenting the wartime experience of the 18th North Carolina Regiment, including original letters and diaries, published accounts, maps, and other sources. Click here to see a selected list of sources.