Posted on 17 Apr ’11 by Biff Hollingsworth

Item description: Two stereo views depicting the interior of Fort Sumter following the 14 April 1861 surrender of the fort. These pictures are attributed to the Charleston photographic establishment of “Osborn & Durbec’s Southern Stereoscopic and Photographic Depot,” operated by James M. Osborn and F.E. Durbec. 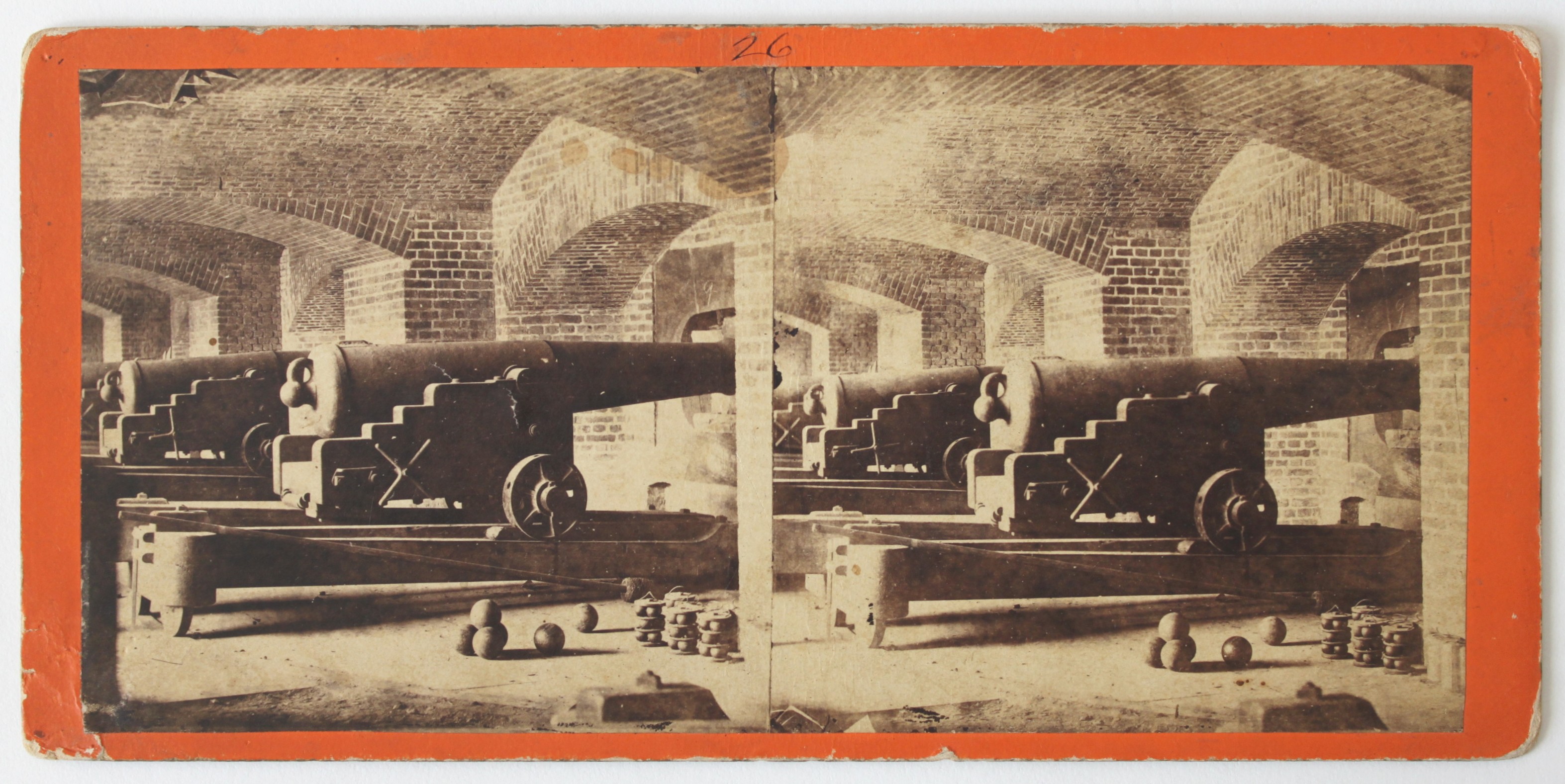 More about this item: According to noted historian of Civil War photography, Bob Zeller, in his 1997 study, “The Civil War in Depth: History in 3-D,” Charleston photographers James M. Osborn and F.E. Durbec were among at least four photographic outfits to have visited and photographed the aftermath of the bombardment of Fort Sumter, meaning that they were among the first photographers to document the war.

Osborn and Durbec arrived at Fort Sumter on 17 April 1861 and produced at least twenty stereo views there before heading out to Sullivan’s Island, Fort Moultrie, and Morris Island, where they created at least thirteen more images, and exposed at least five more wet-plate stereo negatives. More stereo views may exist, still to be rediscovered.

We rediscovered these two stereo views in our Miscellaneous Pictures collection and, after further research and consultation with the Louisiana Historical Association Collection at Tulane University (home to the most complete set of these Osborn and Durbec prints), we concluded that these two images in our collection were indeed among those that were created on this visit to the Fort.