Posted on 3 May ’11 by Biff Hollingsworth

Item description: Diary entry, 3 May 1861, describing troop mobilization in and around Yazoo City, Miss., family news, the fate of Soule College in New Orleans, and the writer’s fears of the impending war. 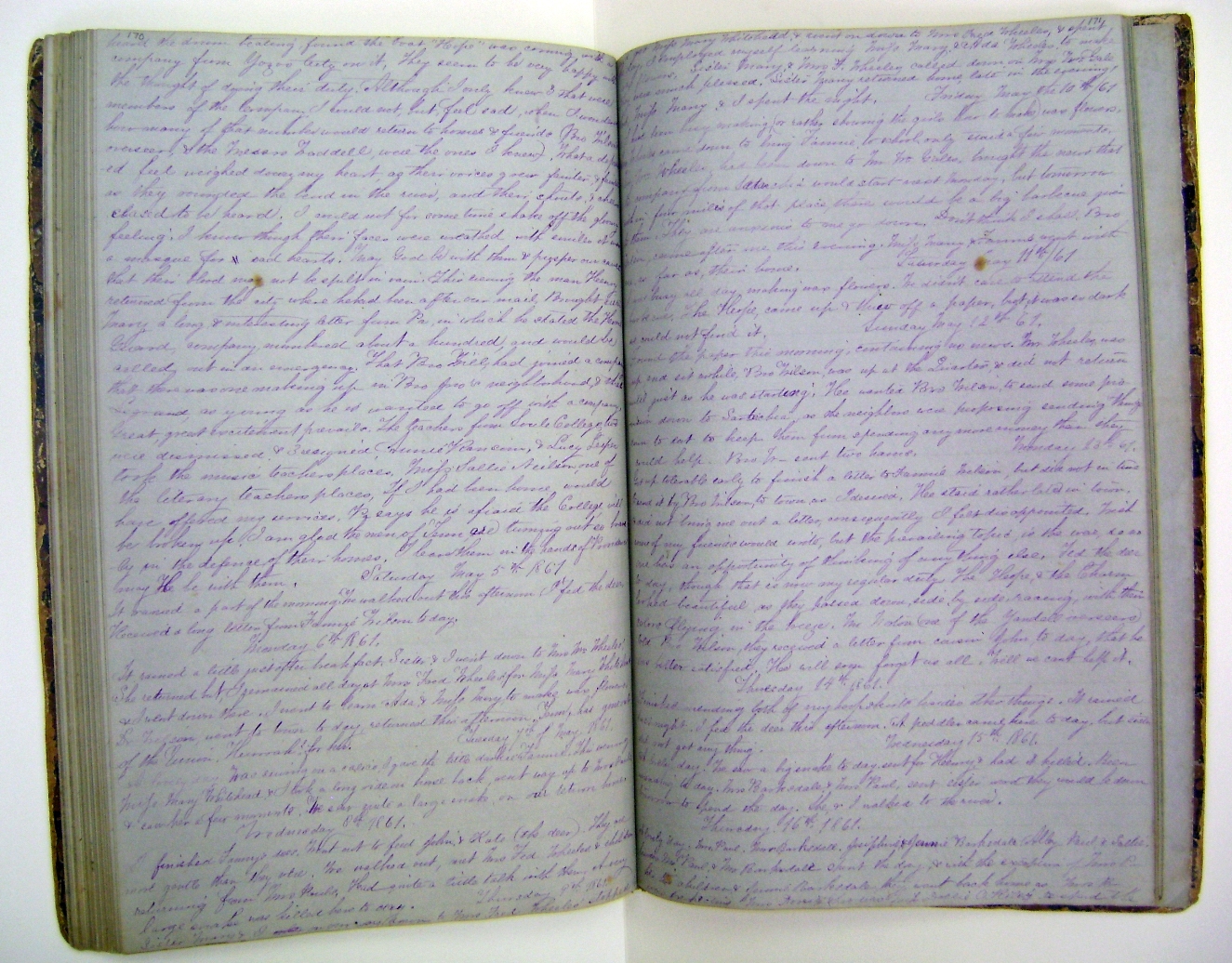 Been busy yesterday & today working in wax. The boat failed to put off a paper last night as it passed up. Don’t know why. While at dinner heard the drum beating, found the boat “Hope” was coming with a company from Yazoo City on it. They seem to be very happy with the thought of doing their duty. Although I only know 3 that were members of the Company, I could not but feel sad, when I wondered how many of that number would return to homes & friends (Bro. Wilson’s overseer, & the Messrs. Waddell were the ones I knew). What a depressed feel weighed down my heart, as their voices grew fainter & fainter as they rounded the bend in the river, and their shouts & cheers ceased to be heard. I could not for sometime shake off the gloomy feeling. I knew though their faces were wreathed with smiles it was a masque for sad hearts. May God be with them & prosper our cause that their blood may not be spilled in vain. This evening the man Henry returned from the city where he had been after our mail. Brought Sister Mary a long & interesting letter from Pa, in which he stated the Home Guard company numbered about a hundred, and would be called out in an emergency. That Bro. Will had joined a company that there was one making up in Bro. John’s neighborhood, and that Legrand, as young as he is wanted to go off with a company. Great, great excitement prevails. The teachers from Soule College, two were dismissed & 3 resigned. Annie Ransom, & Lucy Leiper took the music teachers places. If I had been home would’ve offered my services. Pa says he is afraid the college will be broken up. I am glad the men of Tenn. are turning out so bravely in the defense of their homes. I leave them in the hands of Providence, may He be with them.