9 April 1862: “The news today from Ten. is not so favorable. Gen’l Beauregard telegraphs that he had fallen back from the river to his original position at Corinth…”

Posted on 9 Apr ’12 by Biff Hollingsworth

Item description: Entry, dated 9 April 1862, from the diary of Thomas Bragg (Attorney General of the Confederate States of America, 1861-1862).

Bragg resigned his cabinet position on 18 March 1862 to return to his home in North Carolina. Bragg saw the growing Union presence in his home state as a threat to his family and business interests and, therefore, sought to return. 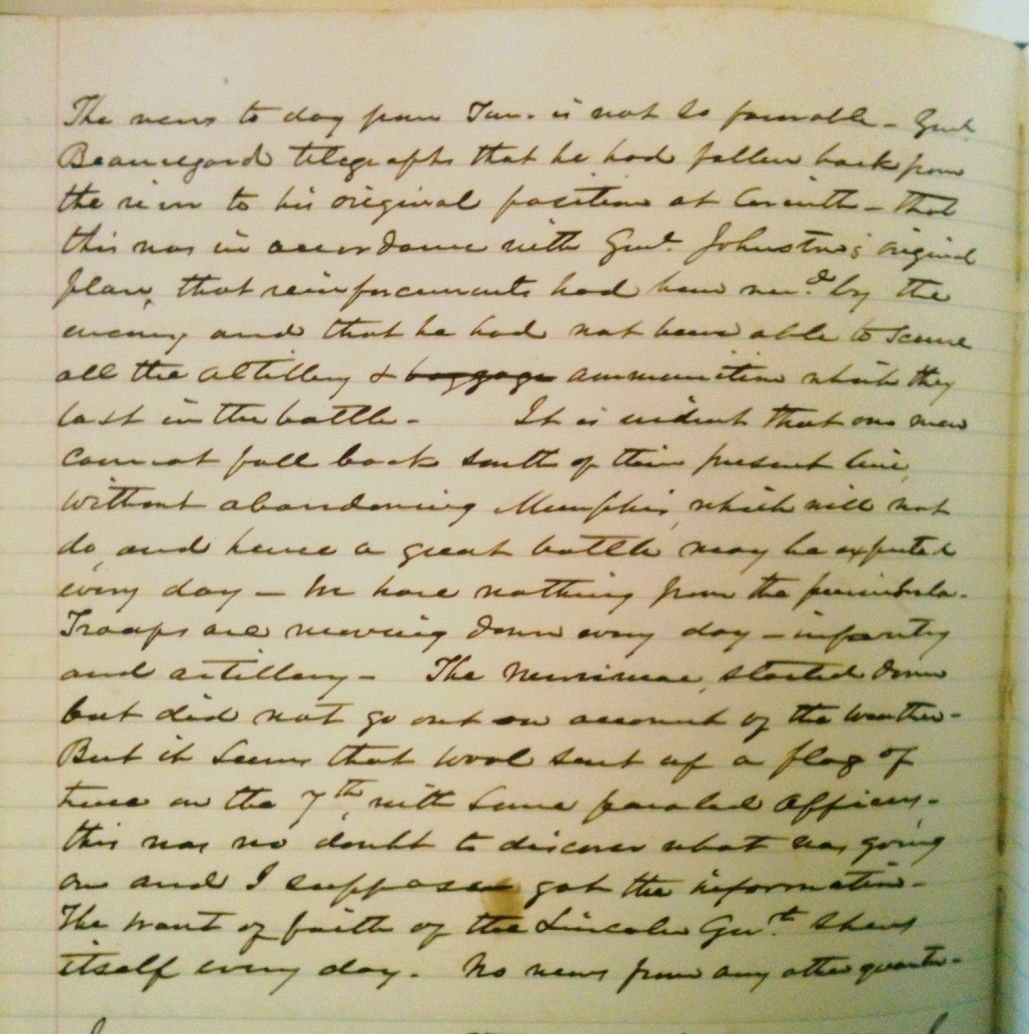 Mr. Watts arrived this morning, has qualified & tomorrow I leave for Petersburg. We have just returned from the President’s where we were invited to take a “family dinner” – Very plain &c -A clergy man (Episcopal) from Alexandria, the Rev’d Mr. Steward, came in just before dinner. He had been driven from his Chruch and made his escape down the Potomac, leaving his family in Alexandria.

The news today from Ten. is not so favorable. Gen’l Beauregard telegraphs that he had fallen back from the river to his original position at Corinth – that this was in accordance with Gen’l Johnston’s original plan, that reinforcements had been rec’d by the enemy and that he had not been able to secure all the artillery & ammunition which they lost in the battle. It is evident that our men cannot fall back South of their present line, without abandoning Memphis, which will not do, and hence a great battle may be expected every day. We have nothing form the peninsula. Troops are moving down every day – infantry and artillery. The Merrimac started down but did not go out on account of the weather. But it seems that Woll sent up a flag of truce on the 7th, with some paroled officers – this was no doubt to discover what was going on, and I suppose got the information. The want of faith of the Lincoln Gov’t shews itself every day. No news from any other quarter.