28 May 1862: “‘Of course you are aware,’ said the Governor, ‘that the laws of the State make the opening of such schools a criminal offence.'”

Item description: This transcript, which details a conversation about schools for recently freed slaves in occupied North Carolina between Edward Stanly, Military Governor of North Carolina, and Vincent Colyer, Superintendent of the Poor under Union General Burnside, is extracted from the “Congressional Globe.” It was included in a letter (published in pamphlet form) written by Stanly “to defend [his] character against your slanders.” The “your” in this quote was Charles Sumner, a United States Senator from Massachusetts, who Stanly believed had unfairly criticized his tenure as military governor. 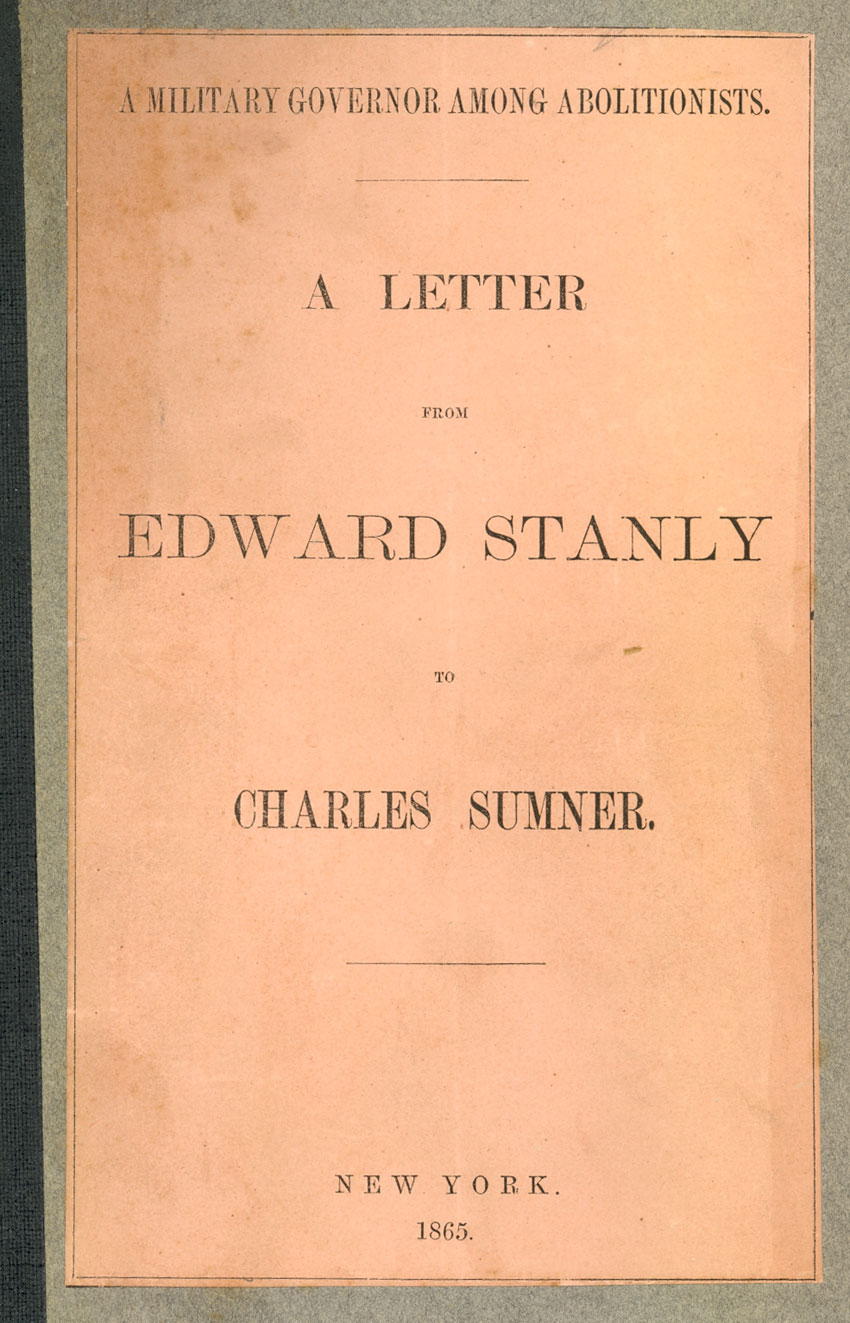 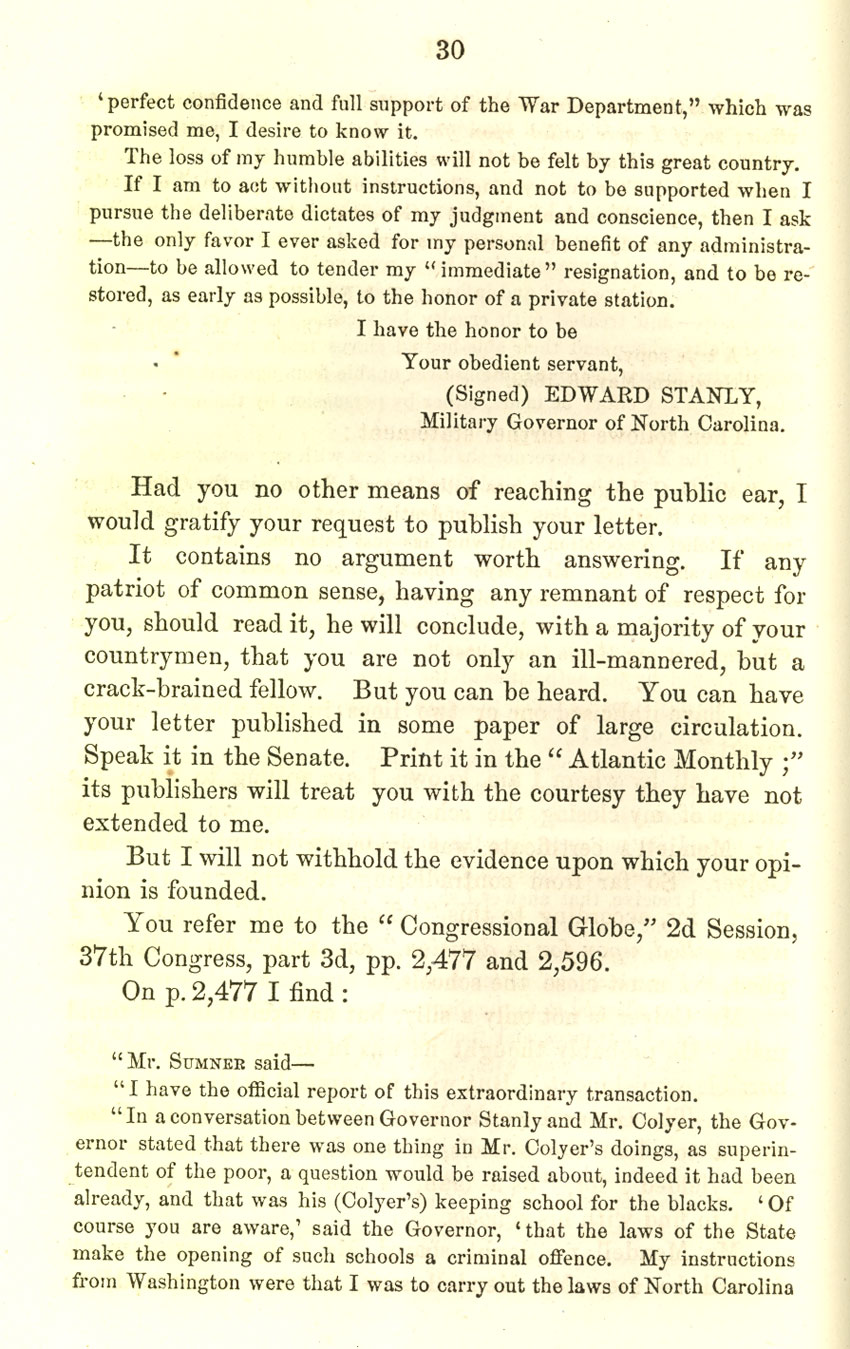 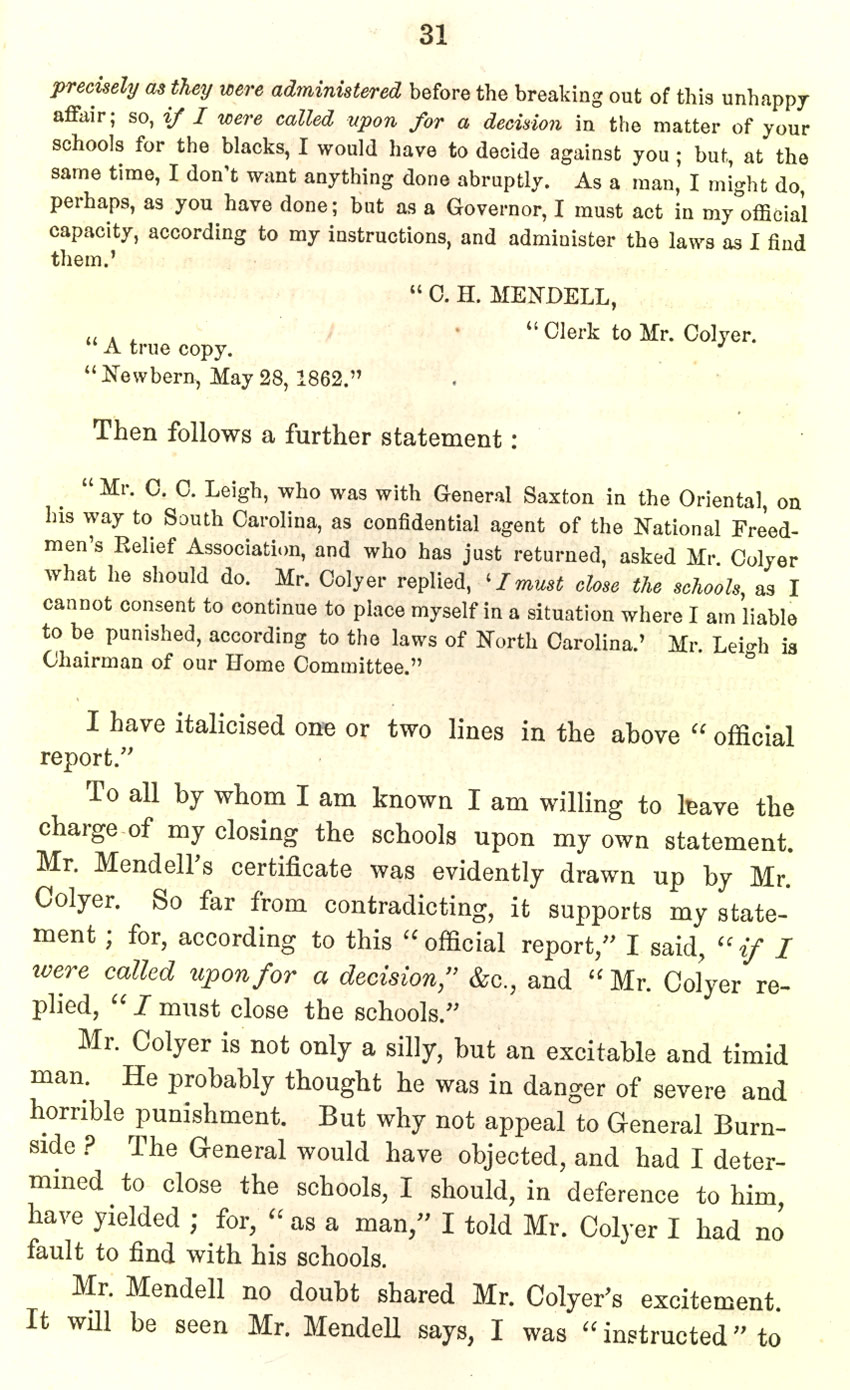