Posted on 17 Jul ’12 by Biff Hollingsworth 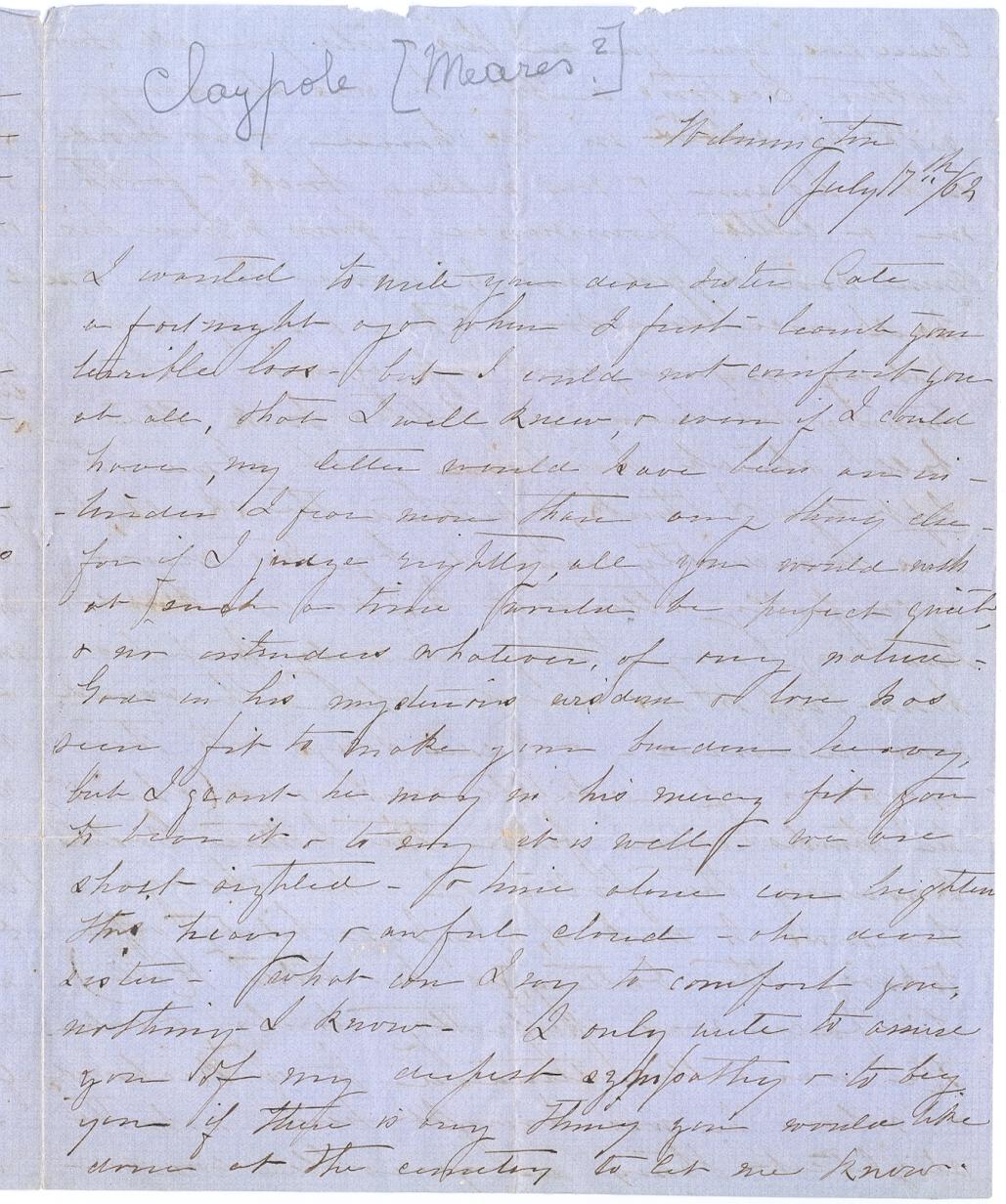 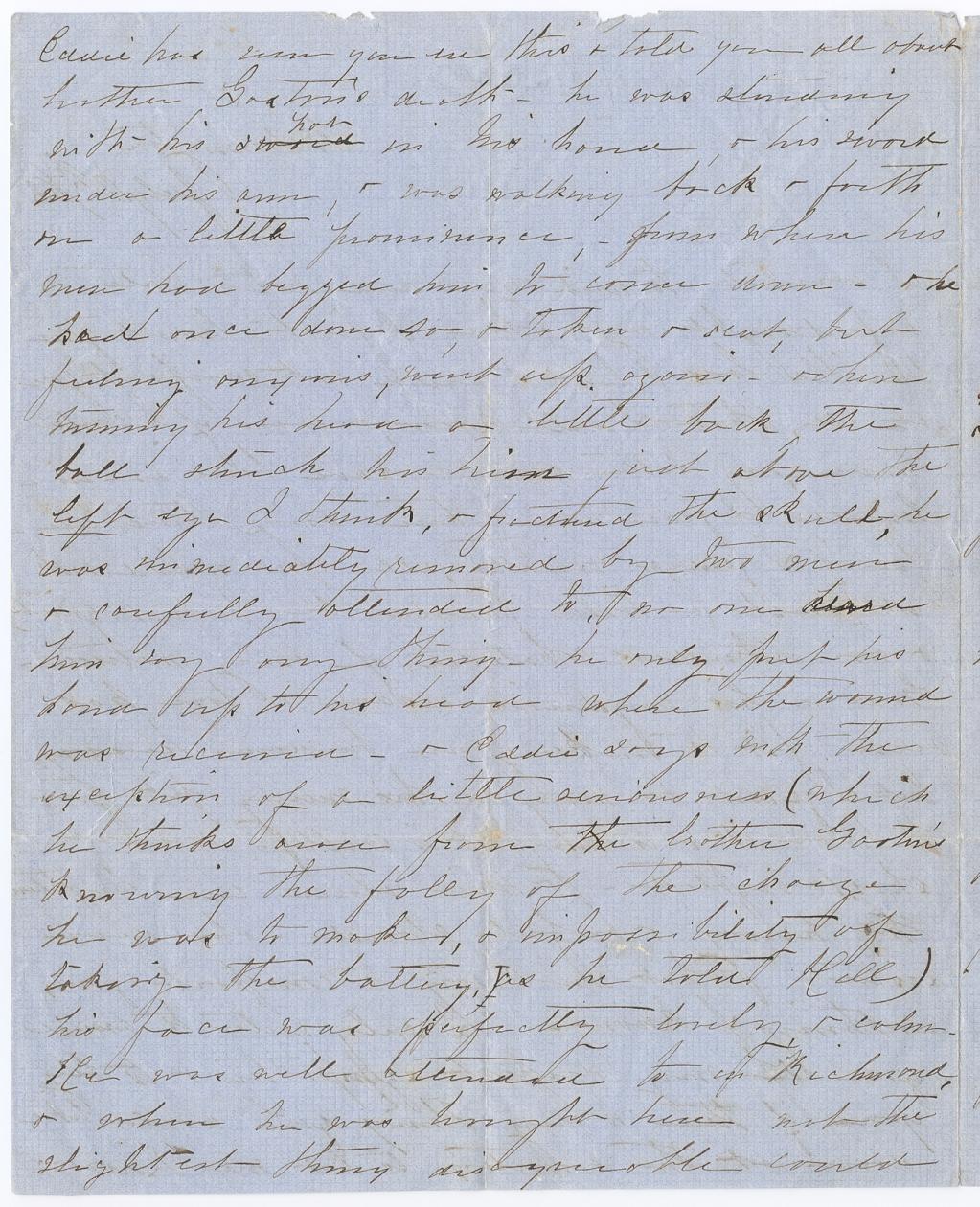 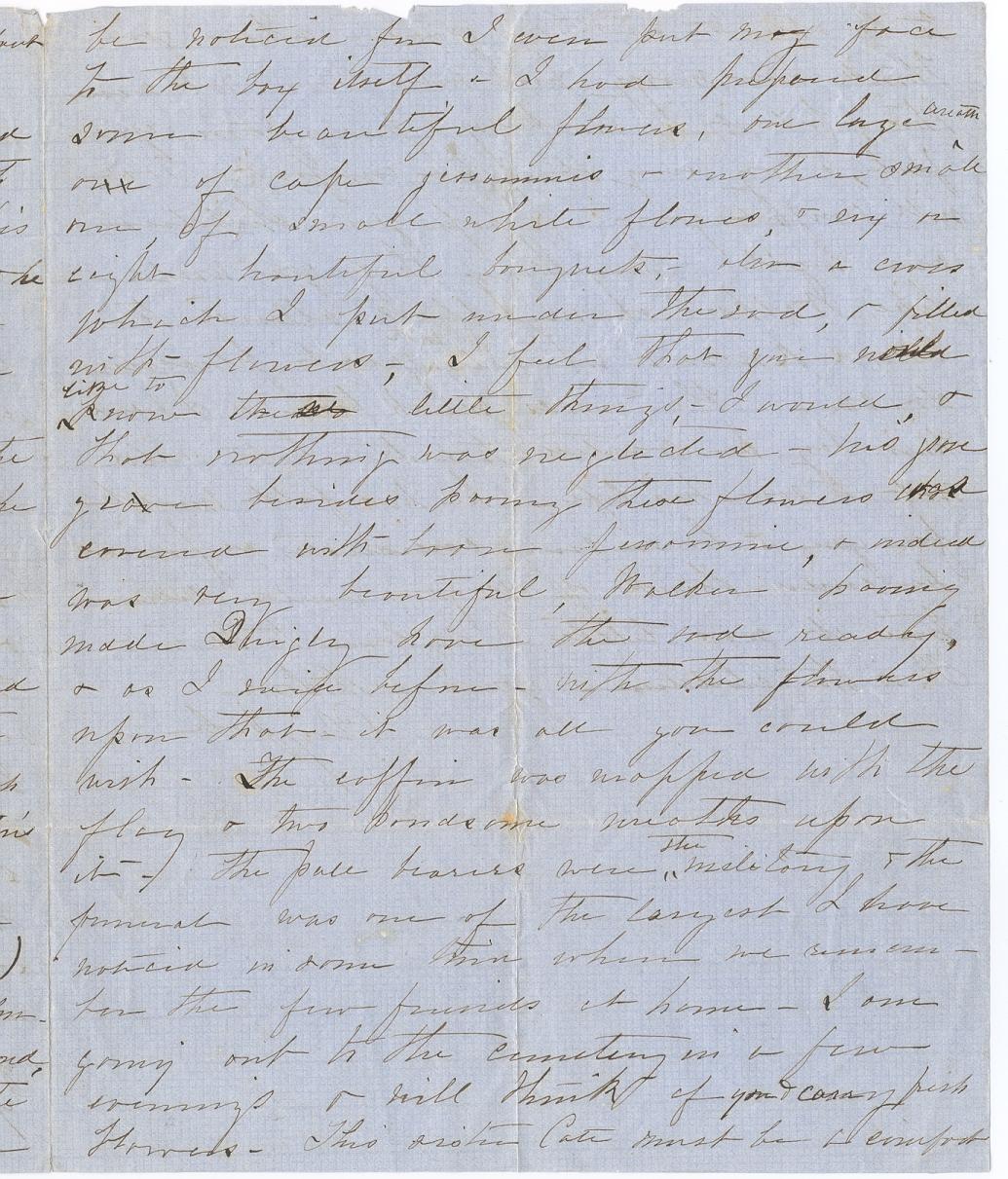 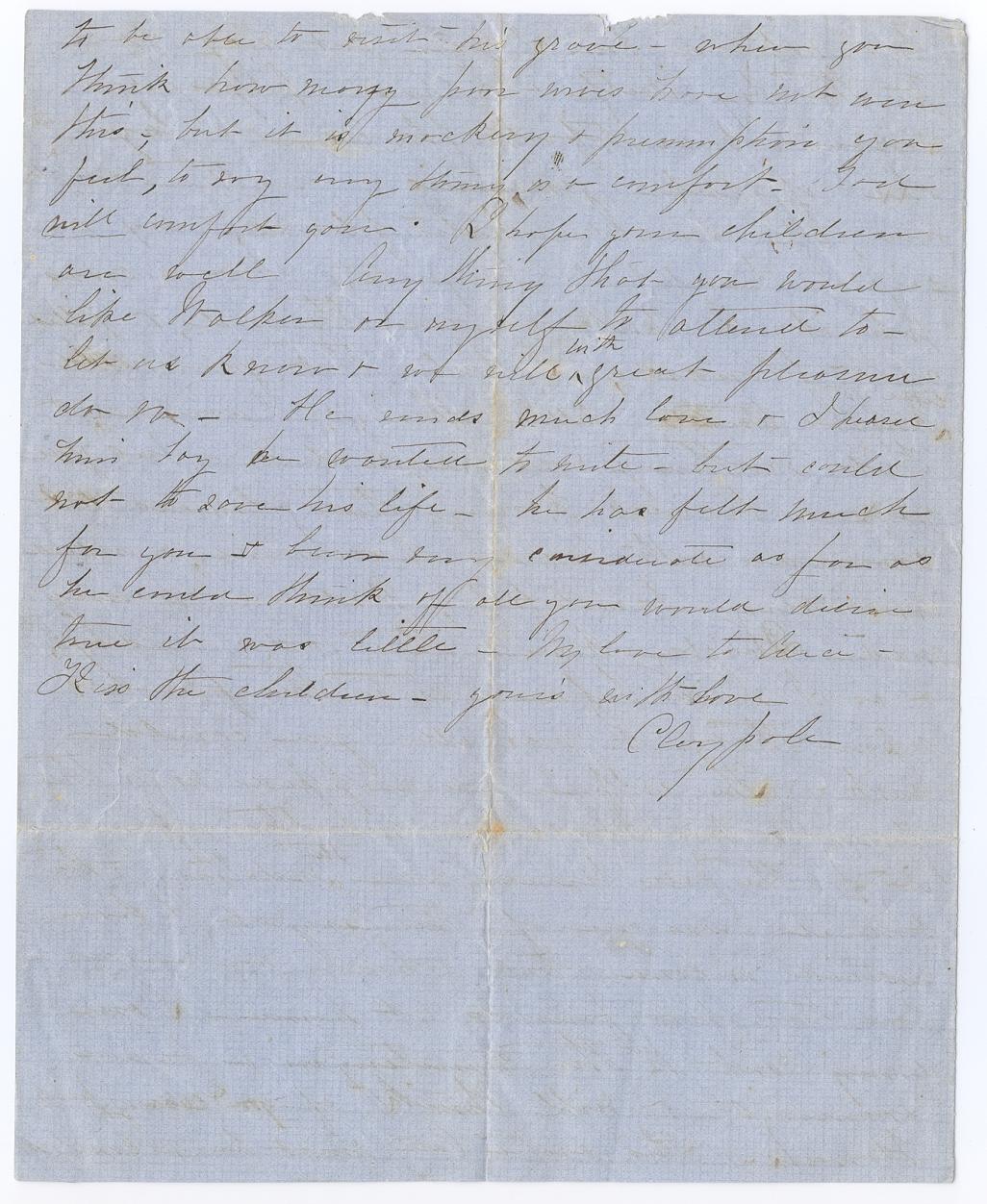 I wanted to write you dear sister Cate a fort-night ago when I first learned your terrible loss – but I could not comfort you at all, that I well knew, & even if I could have, my letter would have been an [intrusion?] I fear more than any thing else – for if I judge rightly, all you would wish at such a time would be perfect quiet & no intruders whatever, or any nature. God in his mysterious wisdom & love has seen fit to make your burden heavy, but I grant he may in his mercy fit you to bear it & to [say?] it is well. We are short-sighted – & him alone can brighten this heavy & awful cloud – oh dear sister – what can I say to comfort you. nothing I know. I only write to assure you of my deepest sympathy & to beg you if there is any thing you would like done at the cemetery to let me know.

Caddie has seen you seen you in this & told you all about brother Gaston’s death. he was standing with his hat in his hand, & his sword under his arm, & was walking back & forth in a little prominence, from when his men had begged him to come down. & he had once done so, & taken a seat, but feeling anxious went up again. when turning his head a little back, the ball struck his him just above the left eye I think, & fractured the skull, he was immediately removed by two men & carefully attended to, no one heard him say any thing. he only put his hand up to his head where the wound was received. & Caddie says with the exception of a little seriousness (which he thinks arose from the brother Gaston’s knowing the folly of the charge he was to make, & impossibility of taking the battery as he told Hill) his face was perfectly lovely & calm. He was well attended to in Richmond, & when he was brought here not the slightest thing disagreeable could be noticed for I even put my face to the box itself & I had prepared some beautiful flowers, one large wreath of cape jessamine & another small one of small white flowers, & six or eight beautiful bouquets, also a cross which I put under the [?], & filled with flowers, I feel that you would like to know these little things, I would & that nothing was neglected. his grave besides [?] that [?] with [?] jessamine, & indeed was very beautiful, Walker having made Quigley have the [?] ready, & as I said before with the flowers upon that – it was all you could wish. The coffin was wrapped with the flag & two handsome wreaths upon it. The pall bearers were the [?] & the funeral was one of the largest I have noticed in some time when we remember the few friends at home. I am going out to the cemetery in a few evenings & will think of you & carry fresh flowers. This sister Cate must be a comfort to be able to visit his grave. when you think how many poor wives have not even this, but it is mockery & presumption you feel, to say every thing is a comfort. God will comfort you. I hope your children are well. Any thing that you would like Walker or myself to attend to let us know & we will with great pleasure do so. He sends much love & I heard him say he wanted to write, but could not to save his life. he has felt much for you & been very considerate as far as he could think of all you would desire true it was little. My love to [Alice?]. Kiss the children. Yours with love