Item description: Newton Wallace, Company I, 27th Massachusetts Infantry, comments on his company’s movements while in eastern North Carolina, near New Bern. The march was a part of the Union Army’s expedition from New Bern to Trenton and Pollocksville. See the entry for 21 July 1862 for a map of his route. 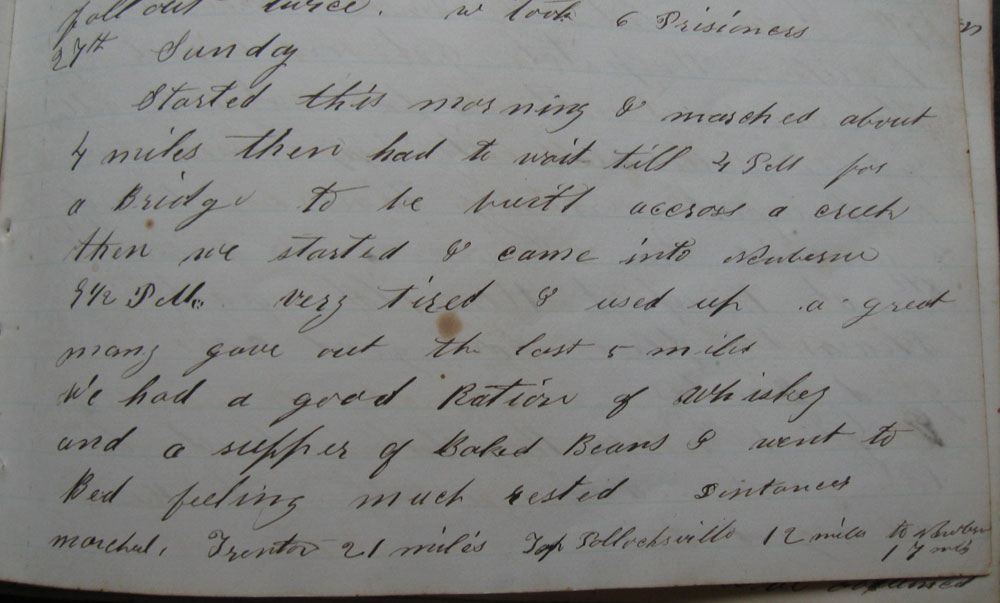 More about this item: Eighty-nine page quarto diary, with entries for nearly every day from October 1861 to September 1863 and including entries for distances traveled totaling by Wallace’s figuring 2876 miles.