20 August 1862: “The Yankees have come back, a few days ago they came down the river, took a cargo of arms which was lying at the landing…” 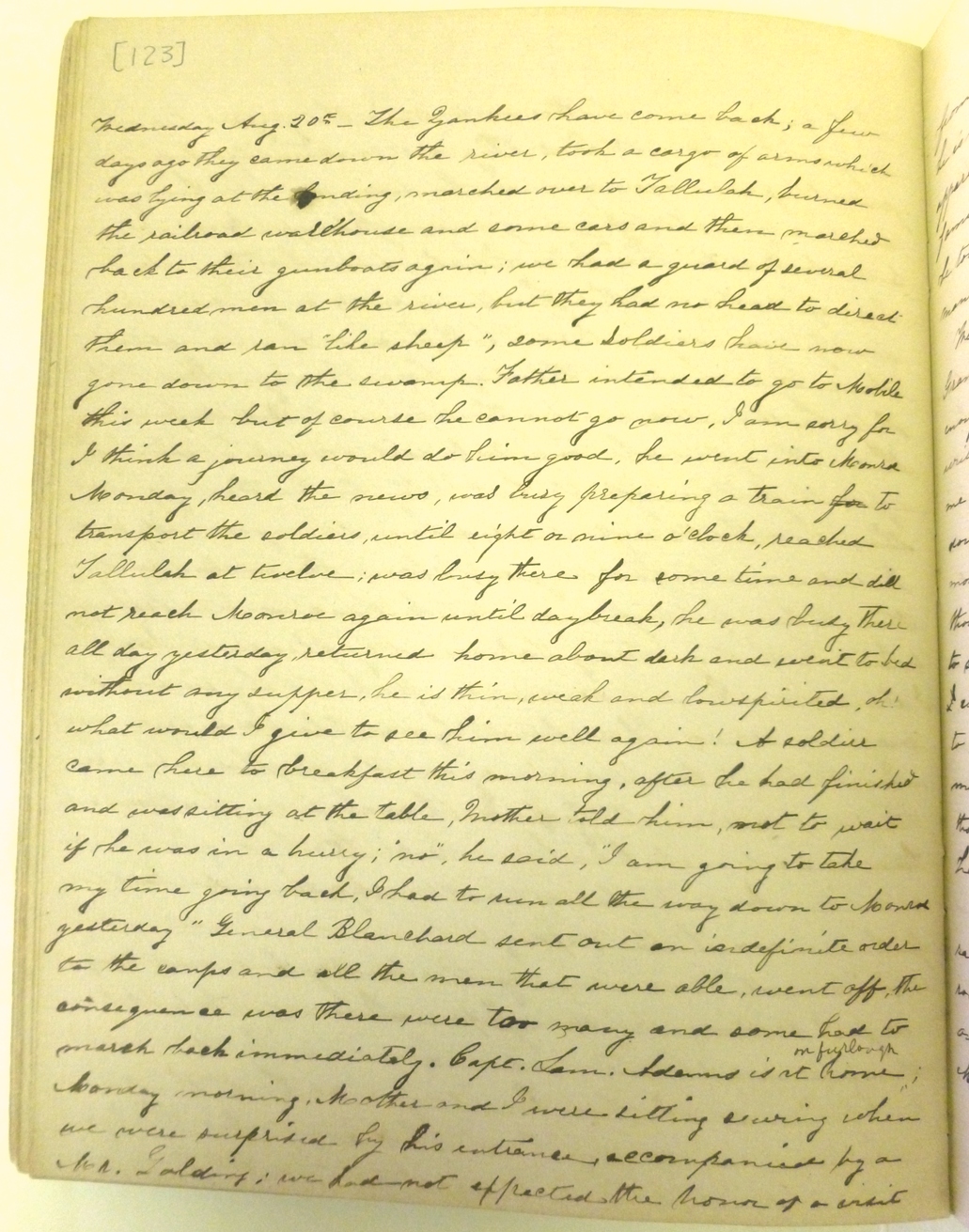 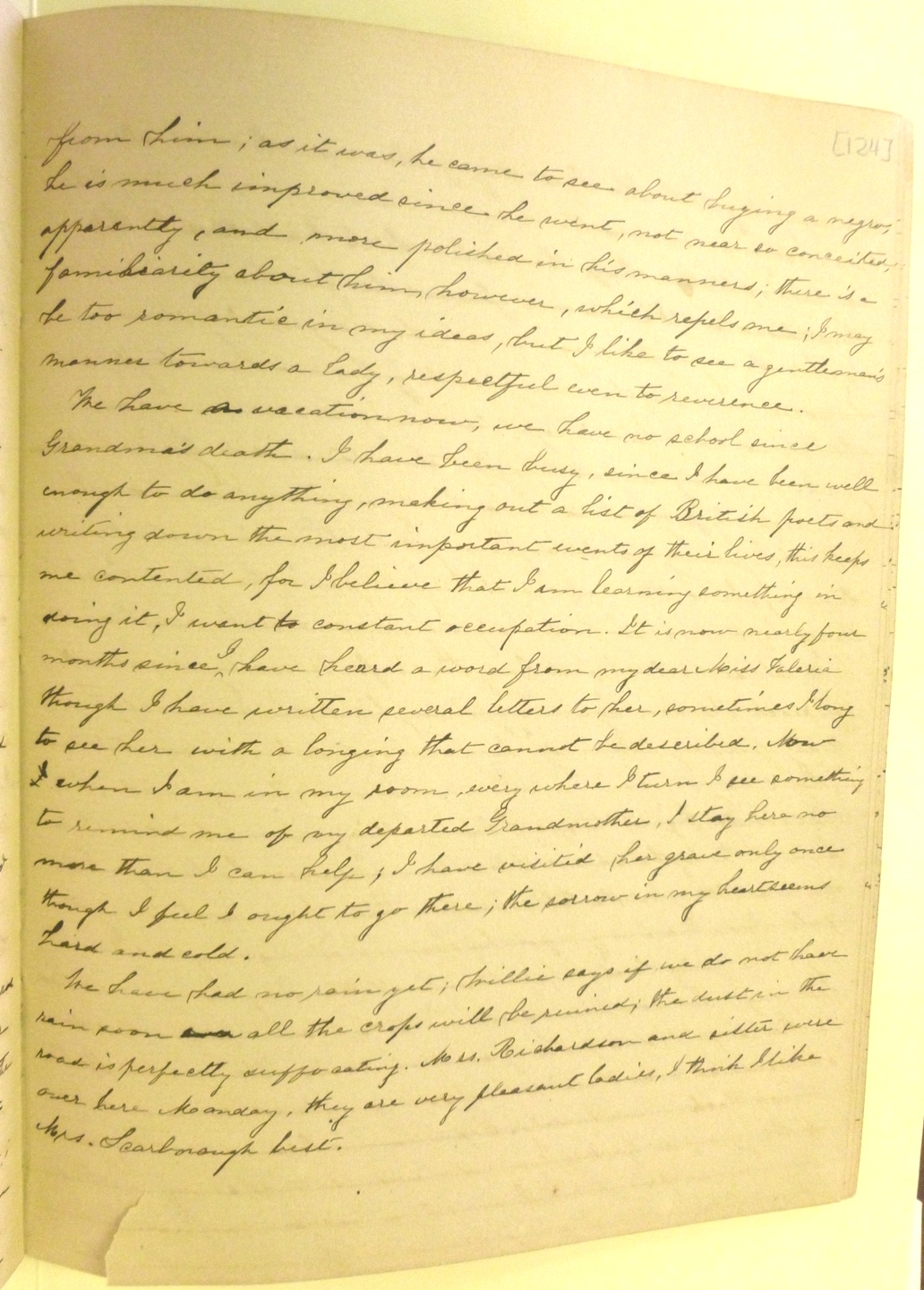 The Yankees have come back, a few days ago they came down the river, took a cargo of arms which was lying at the landing, marched over to Tallulah, burned the railroad warehouse and some cars and then marched back to their gunboats again; we had a guard of several hundred men at the river, but they had no head to direct them and ran “like sheep”. Some soldiers have now gone down to the swamp. Father intended to go to Mobile this week but of course he cannot go now. I am sorry, for I think a journey would do him good, he went into Monroe Monday, heard the news, was busy preparing a train to transport the soldiers until eight or nine o’clock, reached Tallulah at twelve; was busy there for some time and did not reach Monroe again until daybreak, he was busy there all day yesterday, returned home about dark and went to bed without any supper. He is thin, weak, and lowspirited. Oh! what would I give to see him well again!

A soldier came here to breakfast this morning, after he had finished and was sitting at the table, Mother told him not to wait if he was in a hurry; “no”, he said, “I am going to take my time going back, I had to run all the way down to Monroe, yesterday”.

General Blanchard sent out an indefinite order to the camps, and all the men that were able, went off, the consequence was there were too many and some had to march back immediately. Capt. Sam. Adams is at home on furlough.

Monday morning Mother and I were sitting sewing when we were surprised by his entrance, accompanied by a Mr. Golding; we had not expected the honor of a visit from him; as it was, he came to see about buying a negro. He is much improved since he went, not near so conceited, apparently, and more polished in his manners; there is a familiarity about him, however, which repels me; I may be too romantic in my ideas, but I like to see a gentleman’s manner towards a lady respectful even to reverence.

We have a vacation now, we have no school since Grandma’s death. I have been busy, since I have been well enough to do anything, making out a list of British poets and writing down the most important events of their lives, this keeps me contented. for I believe that I am learning something in doing it, I want constant occupation.

It is now nearly four months since I heard a word from my dear Miss Valeria, though I have written several letters to her, sometimes I long to see her with a longing that cannot be described. Now when I am in my room, every where I turn I see something to remind me of my departed Grandmother. I stay here no more than I can help; I have visited her grave only once though I feel I ought to go there; the sorrow in my heart seems hard and cold.

We have had no rain yet; Willie says if we do not have rain soon all the crops will be ruined; the dust in the road is perfectly suffocating. Mrs. Richardson and sister were over here Monday, they are very pleasant ladies. I think I like Mrs. Scarborough best.